Home » Quahziah Bouie, 15: Police Fear She May Be Victim Of Sex Trafficking

This case comes from one of our readers who was concerned after they weren’t able to find any updates about Quahziah Bouie. The 15-year-old girl reportedly went missing from Davie or Miami, Florida, but the investigation into her missing person case remains unknown. New station CBS 4 Miami reported on the case in May 2014, but aside from one report and a listing on Black & Missing, no one has been publicly searchig for Quahziah. 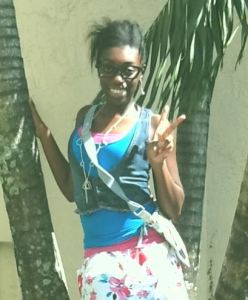 According to the report by CBS 4, the FBI stepped in to help with the case because they fear that Quahziah Bouie has become a vitim of sex trafficking. The teen attended West Broward High School in Pembroke Pines, and reporters spoke with a girl named Brittany who claimed to be Quahziah’s friend.

In 2014, the Pembroke Pines Police Department tweeted from their verified account that they were seeking information about Quaziah and included a link to a police report about her missing person case. In the “Description of Incident” section, they wrote: “The above listed juvenile went missing on 04/29/14 and is believed to be in the area of Little Haiti (North Miami Avenue/83 Avenue) in Miami. The juvenile has gone missing in the past and is the subject of human trafficking, as she is being exploited for prostitution. The missing juvenile was previously recovered in a Dade county hospital in critical condition, from being severely assualted.”

It’s important to note the Black & Missing lists Quahziah Bouie’s missing person date at December 12, 2013, and they state that she disappeared from her front yard. Meanwhile, the Pembroke Pines PD states she disappeared after a sexual assault on April 29, 2014, and this may suggest that they’re reporting on the same person but two differing cases where she went missing.

“Right now we don’t know where she is,” says Capt. Dale Engle of the Davie Police Department. “She has been known to run away before.”

A news report states that the missing teen’s friends have taken to social media in an effort to find her, but those posts have either been removed or those accounts are no longer active because there are only a handful of messages about Quahziah. They come from “Missing Persons” accounts that don’t seem to be Quahziah’s peers.

Regardless, authorities expressed that they are worried about Quahziah Bouie because she has been exposed to sex trafficking in the past. It’s reported that the teen was staying in Miami for a period “in a high prostitution area” of Little Haiti.

“We do believe she may be involved with someone who is forcing her into prostitution or some type of situation like that, at this time. We can’t confirm, but we have concern for her safety,” said Captain Engle.

At the time of her disappearance, Quahziah Bouie stood 5 feet 9 inches tall and weighed 135 pounds. She had black/dark brown hair and brown eyes. She was last seen wearing light green shorts, white sneakers, a white tank top, and a big black jacket with stripes on the chest. Quahziah would be 22-years-old at the time of this publication.

Anyone with information about this case is urged to contact the Pembroke Pines Police Department at 954-431-2200, email to Tips@ppines.com, or call Broward Crimestoppers at 954-493-TIPS. Her agency case number is listed as 13077511.

Please share this story about Quahziah Bouie to reignite the investigation into her case. She is our sister and her life matters.