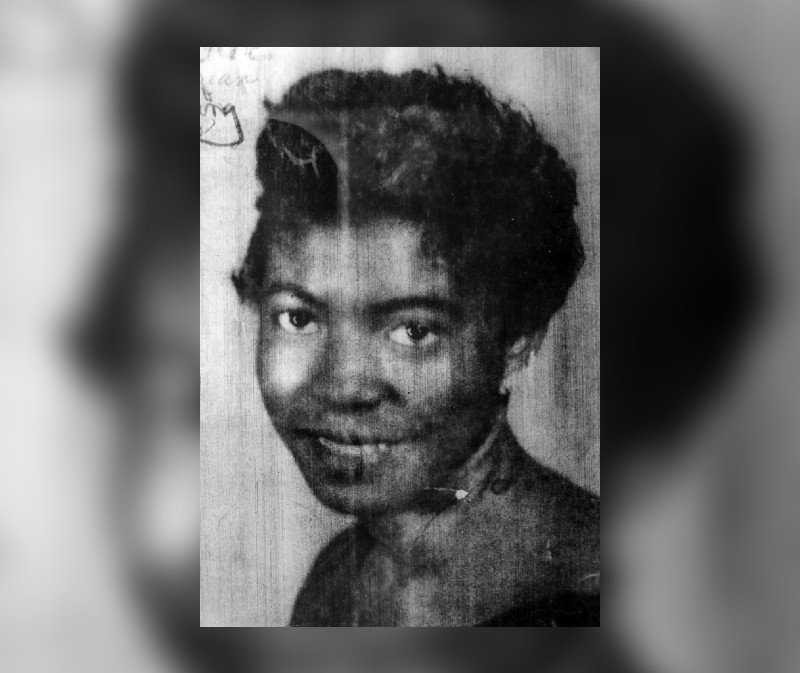 For over six decades, no one has determined what exactly happened to Lyrian Barry. Back in 2018, The  Columbus & Starkville Dispatch sat down with the missing 22-year-old’s relatives to discuss the puzzling case that has gone unsolved, and they offered that they’ve come to some conclusion as to what they believe, as a family, happened to the young mother all those years ago.

I’m going to do my best at relaying this story as best as possible, so please bear with me. Lyrian Barry graduated from R. E. Hunt High School in the small town of Columbus, Mississippi in 1956 and was described as being “quiet” and “serious.” Columbus is said to be one of those Southern communities where everyone knows everyone else’s business, so when someone goes missing, it’s a conversation had from one side of town to the other.

Lyrian came from a close, large family that included two parents and eight children—four boys and four girls. After she graduated from high school, she met Eulice “Eddie” Stallings, a young man from New Orleans. According to Betsy Hurt, her sister Lyrian even moved down to The Big Easy to be with him, but it didn’t take long before things went south. Soon, Lyrian was back in Columbus with her family, but this time, she had a baby with her, a daughter named Gloria.

Stallings apparently still had feelings for Lyrian because he moved from New Orleans to Columbus, as well. They reignited their tumultuous romance and moved in together, but things weren’t happy at home. Sister Betsy recalled relatives visiting Lyrian at her new home with Stallings, and although Lyrian was excited when they stopped by, things were cut short when Stallings would return. Betsy alleged that Stallings would come home while they were there and made it “clear that he wanted them out.”

There isn’t clarity about whether or not Lyrian and Stallings were married, and it’s something that not even Betsy could figure out. Some agencies have used the name “Lyrian Barry-Stallings” in their reports about her case because, according to her family, Lyrian said that she was married. One evening, Lyrian reportedly had enough and called her family to help her move.

“He was on drugs, doing drugs, selling drugs,” said Betsy. “She’d be sick at times and my mom would question her if she was taking anything, if he was doing anything to her.”

According to Betsy, her family went to Lyrian and Stallings’s home to help her pack her bags. It was then that she told them she wasn’t married. Lyrian’s parents, Laura and Willie B. Gray, were reportedly in the living room speaking with an angry Stalling who didn’t want his girlfriend and their child to leave. Lyrian’s family believed that the relationship was over but they were mistaken. Lyrian began secretly seeing Stallings once again.

However, it’s reported that Stallings wasn’t a one-woman man and was carrying on relationships with several other ladies. Eventually, Stallings got married to another woman in what was described as a “shotgun wedding.” The woman reportedly said that she was pregnant with his child. During this time, Lyrian connected with her distant cousin, Sonny Lucas, who was reportedly splitting his time between Columbus and St. Louis. When Lyrian was confronted with the news that her boyfriend was getting married, she and her cousin snuck into the ceremony and watched it all go down. It was the last straw for Lyrian.

Soon, she wanted to get out of Columbus. The last time Betsy saw her sister was in 1960. Lyrian placed her eight-month-old daughter Gloria into Betsy’s arms until she returned and reportedly boarded a Greyhound bus toward St. Louis. She planned on living with her aunt as she got herself on her feet and with things falling into place, Betsy admitted that she wanted to make a new start with her sister. By now, Betsy was pregnant and the plan was for her to give birth in Columbus before Lyrian would return to her hometown to help her sister with the move. They were going to be sisters and mothers in a new city.

The aunt in St. Louis said that Lyrian did make it into the city and moved in with her. That distant cousin, Sonny Lucas, made his return to St. Louis and it’s suggested that he and Lyrian carried on some sort of affair. Lucas was married, and according to relatives, Lyrian and her cousin’s wife were engaged in a “knock-down, drag-out” fight.

It was also revealed by Lyrian’s aunt that she saw some sort of advertisement for someone looking for a live-in maid, however, the aunt doesn’t remember where it was. She reportedly stated that the job was either in Needham, Massachusetts, or Bridgeport, Connecticut. Lyrian was scheduled to travel to interview for the position and that fight she allegedly had with Lucas’s wife occurred on the evening of her departure.

And that is it. That’s the last information that Lyrian’s relatives have about her whereabouts.

Cousin Lucas was once again bouncing back and forth between Missouri and Mississippi. When he was back in Columbus, Betsy questioned him about Lyrian’s whereabouts. She claimed she was unable to get a straight answer because he was “drunk, drunk, drunker than drunk.” He allegedly stated that he would give Betsy full details about what occurred with her sister, however, when Betsy returned to see him for the story, he was gone.

Things seemed sketchy, but Lyrian’s family believed that she was somewhere living her life and she would eventually be in contact. They didn’t immediately file a missing person report because they were hopeful that Lyrian would reach out in due time. They weren’t even convinced that she was indeed “missing.”

Meanwhile, Lyrian’s ex Stallings was still in town. Throughout the years, Betsy said she would run into him, but he didn’t welcome the interactions with open arms. Betsy claimed that Stallings would tell her, “I can’t stand to be around you, because you look so much like her.”

There were people who reported multiple sightings of Lyrian from Chicago to Massachusetts. A woman in New England told authorities that she did have a young Black woman who lived with her as a live-in maid, but the employer couldn’t remember any details about the young lady.

Betsy and two of Lyrian’s other siblings sat down with The Dispatch back in 2018 and shared that they believe that their sister is dead. Sadly, Lyrian’s parents, as well as her daughter Gloria, have all since passed away. Lyrian’s remaining siblings, as well as other relatives, continue to search for answers as to what happened to her.

Stallings, who served time for drug-related charges, has also passed away, as well, and several of Lyrian’s loved ones believe that the truth died with him. Others think that the truth lies with the cousin, Sonny Lucas. Over the years, Lyrian’s siblings have attempted to investigate as authorities seemed to have given up. They learned that her Social Security number has never been used and there isn’t a death certificate anywhere to suggest that she passed away legally. Lyrian never filed for a forwarding address and, in fact, there isn’t an updated address for her in the system.

Betsy has wondered if Stallings got Lyrian hooked on drugs and that somehow is tied to her disappearance.

Many of Lyrian’s siblings were just small children when she went missing and they have little memory of her. Still, they’ve dedicated their lives to learning what happened to their big sister.

When Betsy contacted the authorities in Missouri in hopes of reopening the investigation into Lyrian’s missing person case, she said the officer on the other end noted that he wasn’t even alive in 1960. He allegedly added that if anything came up he’d keep in contact. Lyrian Barry’s family refuses to give up. They even kept the same phone number just in case she called home one day. Private investigators that have heard about this case would contact Lyrian’s relatives claiming they had new information for a fee. They admitted to reaching “for their wallets” until they realized that people were scamming them, profiting from their pain.

Lyrian’s daughter Gloria passed away at 50. Her relatives recalled Gloria hiding out every Mother’s Day, even to the extent of drawing her shades. They claim Gloria did all she could to avoid the festivities associated with the holiday because she wanted to “erase the sting of abandonment.” Lyrian’s family has refused to declare her legally dead.

On Facebook, Gloria seems to have tried to use social media to find out any information about her mother. You can look at her final, heartbreaking messages here.

At the time of her disappearance, Lyrian Barry stood 5 feet tall and weighed 150 pounds. She had black/dark brown hair and brown eyes. Lyrian’s middle name is “Wyvonne.” She would be 83-years-old at the time of this publication.

Anyone with information about this case is urged to contact the Columbus Police Department at (662) 244-3554 or their local authorities. Her agency case number is 2018038608.

Please share this story about Lyrian Barry to help reignite the investigation into her case. She is our sister and her life matters.

She’d spent the morning watching “I Love Lucy” before heading to a friend’s house. 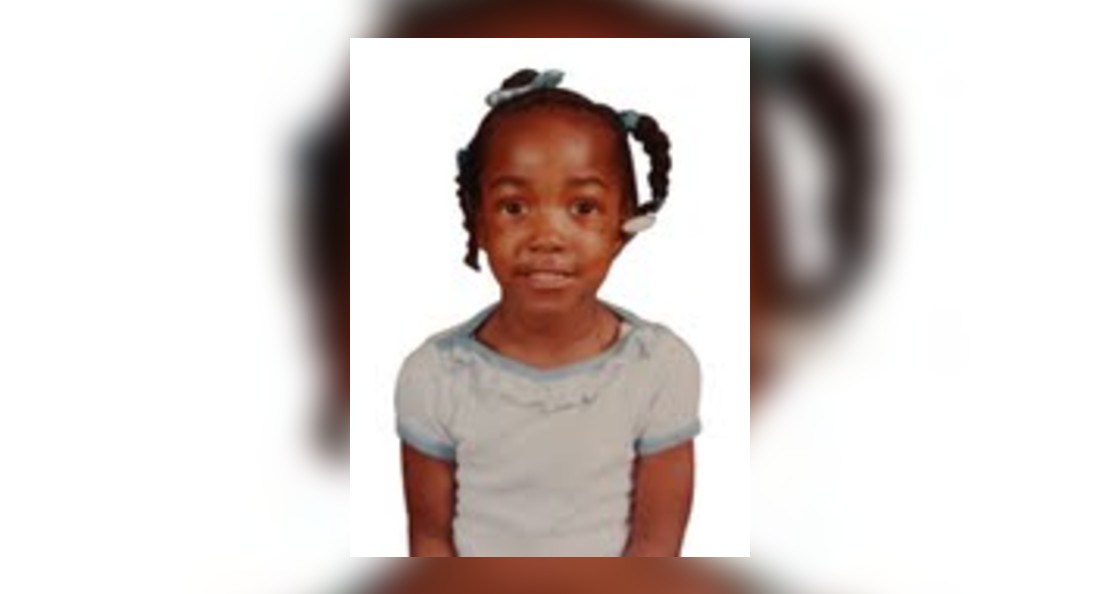 A five-year-old girl has been missing for decades and hers remains one of the most perplexing unsolved cases in North Carolina. Little Phyllis Lorain Powell was just like any other carefree child growing up in the South back in 1963. She lived with her family in the city of Woodland and on January 11 of that year, the young girl disappeared from the small, rural, wooded town.