The mysterious circumstances surrounding the disappearance of Keisha Sylvester continue to haunt investigators. The 29-year-old mother was reportedly last seen on September 22, 2017, at her home in Breaux Bridge, Louisiana. According to some reports, the St. Martin Parish Sheriff’s Office stated that Keisha was spotted in a white truck not far from where she lived a little over a week later on  October 2. However, there has been no movement or contact since that time. 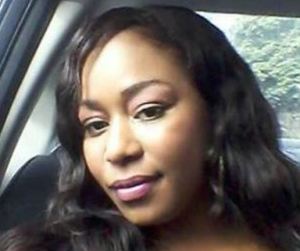 The initial investigation uncovered that Keisha Sylvester didn’t pick up her paycheck from work nor did she attend her daughter’s homecoming. Keisha reportedly looked forward to getting her daughter ready for the big homecoming celebration, including helping her pick out a hairstyle, so her loved ones insisted she wouldn’t miss it.

Joshua Sylvester, Keisha’s brother, told authorities that he last saw her on September 18 when he picked his sister up from work. He said he dropped her off at her mobile home before leaving for a few days to tend to his job. When he returned, he attempted to reach Keisha but was concerned when he couldn’t get into contact with her.

“I thought it was strange that she hadn’t called and her phone was off,” said Joshua. “I went to her trailer to see if she was home, but she wasn’t.”

It’s also reported that Keisha Sylvester was close with her family and would regularly visit her father, Clovis Sylvester, in Lafayette, Louisiana (about 20-30 minutes from Breaux Bridge), so for her to vanish without a trace is highly uncharacteristic.

“Nothing like this has ever happened to us before,” Joshua added. “We’ve been blessed. My mom and dad are taking it hard, and her daughter is too. Knowing she’s not contacting anybody and we can’t reach her, it’s been pretty bad lately.” Yvonne Thibodeaux, Keshia’s aunt, spoke with KLFY News about the updates the family receives from investigators.

“They’ll call maybe every six months with nothing. That’s the update, they have nothing,” said Yvonne. “They’re getting runaround stories like she’s involved in sex trafficking, she was sold to somebody in California. I as Keshia’s Aunt knows Keshia. If she was in a situation like that she would have found a way to contact somebody.”

In the six months leading up to her disappearance, Keshia Sylvester reportedly worked as a chef for Randal Rodriguez. A year after she went missing, Randal told reporters that investigators turned his home upside down looking for any link to Keisha. It was a nuisance, but he was unbothered because he wanted answers about her disappearance just like everyone else. He was cleared by sheriff’s deputies and Keisha’s family doesn’t believe that he had anything to do with her case.

“It was an all-day ordeal. They turned my house upside down, my shop, almost every building, and they just went through everything and interrogated me,” Rodriguez said. “The truth will eventually come out and bring this young woman home.”

At the time of her disappearance, Keisha Sylvester stood 5 feet 2 inches tall and weighed 45 pounds. She had black/dark brown hair and brown eyes. Both of her ears are pierced. It’s unclear what she was wearing when she was last seen. She would be 33-years-old at the time of this publication.

Anyone with information regarding this case is urged to contact the Saint Martin Parish Sheriff’s Office at (337) 394-3071 or their local authorities. Her agency case number has not been listed. It is unknown if this is a cold case or an active investigation, but foul play is reportedly suspected.

Please share this story about Keisha Sylvester to help reignite the investigation into her case. She is our sister and her life matters.