Home » Sophie Reeder, 15, Disappeared In 2017, May Be Sex Trafficking Victim

It has been a little over four years since Sophie Reeder mysteriously vanished and her family continues to seek answers. For many Black teens who go missing, their cases aren’t often taken seriously by police. You can peruse through the “teens” or “children” categories here on Our Black Girls and read through cases where authorities have often classified Black youths as runaways or dismissed their loved ones’ concerns because authorities assumed the children would eventually resurface. Unfortunately, many of those cases ended in tragedy while others were eventually investigated, often long after the child has been gone and leads have grown cold. 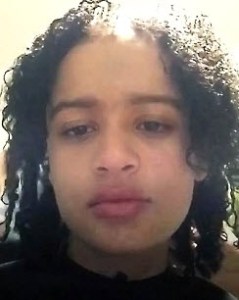 Sophie’s loved ones made sure that after they couldn’t get into contact with her, they immediately notified authorities. It was May 20, 2017, when Sophie left her Fort Lauderdale home on foot. A neighborhood surveillance camera captured the teen strolling down the street near Davie Boulevard, and according to reports, there didn’t seem as if there was anything out of sorts in the brief clip.

However, near Southwest 18th Avenue, just five to 10 minutes away from Davie Boulevard, police reported that Sophie’s cellphone went silent. She was no longer able to be tracked, and what happened to the teen remains unknown. There was an apartment complex near where Sophie’s mobile was no longer traceable and authorities learned that she knew someone who lived there. Eventually, investigators received a search warrant for the location but it’s reported that nothing viable was found that helped the probe into the teen’s disappearance.

“This is definitely a case I think about on a regular basis,” said Fort Lauderdale lead detective on the case, Jennifer Saint-Jean, back in March 2021. She told CBSMiami, “It wasn’t uncommon for her to go for walks, so we believe she was meeting with a friend, but we are not sure… We know she was dabbling in adult material websites which could have gotten her entangled into human trafficking. That was one of our theories.”

“I genuinely believe someone knows something,” said Saint-Jean. “This case also sheds light on human trafficking and how much young adults need leadership and how important that is.” Police stated that their investigation revealed Sophie Reeder was online looking for “sugar daddies” who wanted to be with younger women.

Saint-Jean said of the sex trafficking epidemic, “It’s very prevalent in South Florida and, unfortunately, it’s so easy to get entangled into it and not even know necessarily right away that you’re involved in it until you’re so deep into it that you don’t know how to get out.” She added, “The grim reality is, she could be in a very dark situation right now, which is why we’re hoping for any tips or any leads that could get us information so that we could locate her safely.”

Sophie Reeder was reportedly living with her father, Patrick Reeder, when she disappeared, and he shared with reporters his daughter’s demeanor not long before she vanished.

“The night before, she was pacing back and forth. I told her to go to bed,” he said. “I saw a calendar on her wall with the 19th X’ed out.” That was the day before she went missing. However, it seemed that Sophie planned on returning home from wherever she went because she left a candle burning in her room along with $300 in cash.

Sophie’s mother, Nicole Twist, told WSVN that she searched through her daughter’s belongings at her home looking for clues. 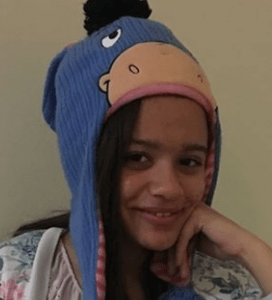 “When I went through her room, I saw things like stockings and garter belts, booze, drugs,” she revealed. “I’m just surprised that she would even think about bringing that to my house. She picked the wrong crowd to hang out with, and I totally believe social media and being on the computer and talking to the wrong people led to her disappearance.”

“As a mom, I have conflicting feelings that, even if … maybe it would be better for her to be dead than have the life that she’s having now,” Nicole added. “What does she have to do to survive? I just could imagine what kind of hell … I think she’s probably strung out on drugs and having to prostitute.”

At the time of her disappearance, Sophie Reeder stood 5 feet 1 inch tall and weighed 110 to 115 pounds. She had short, curly brown hair and brown eyes. Sophie was last seen wearing a black dress, a faux fur coat, converse sneakers, and white headphones. Her middle name is Elizabeth. She was reportedly known to hang out in the area of Strannahan High School in Fort Lauderdale. Sophie Reeder would be 19-years-old at the time of this publication.

Anyone with information about this case is urged to contact the Fort Lauderdale Police Department at (954) 764-4357 or their local authorities. Her agency case number is 17-080998.

Please share this story about Sophie Reeder to help reignite the investigation into her case. She is our sister and her life matters.