She was a teen with her entire life ahead of her, but Kelsey Collins got herself mixed up in the wrong crowd. When she was just three years old, Kelsey’s parents reportedly divorced and she, along with her mother and siblings, were often the target of a violently abusive stepfather. At seven, Kelsey’s mother grabbed her children, changed their names, and left her husband, but even safety from an abusive household didn’t mean that their lives would follow a straight and narrow path.

Soon, Kelsey’s mother, Sarah Collins, learned that her husband had abused her daughters. Before she was even a teen, Kelsey Collins had a habit of running away from her Everett, Washington home. She got herself involved in drug trafficking and was known to skip school. By 12, Kelsey was reportedly was having sex and drinking alcohol. Like many young, impressionable girls, Kelsey met an older man and they began dating. At first, he presented himself to be a gentleman, but according to reports, he soon began suggesting new ways for her to help him make money. Kelsey initially flatly rejected selling herself for sex but by the time she was 16, Kelsey was being prostituted. It was at that age when she was arrested for solicitation for the first time. 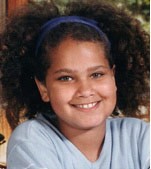 Kelsey was reportedly forced to work in both Seattle and Portland, Oregon, and her mother stated that she regularly saw her daughter covered in bruises. It was believed that Kelsey was being beaten by her pimps and in 2008, she was called to testify against suspected trafficker, Donnico Johnson. According to reports, Johnson was charged with interstate sex trafficking of a minor and Kelsey agreed to testify against him.

.The Seattle Times reported in 2010 that Kelsey was known on the streets as “Lady Dollars” and while prostituting, she was picked up by police. Tired and abused, the 16-year-old was ready to tell authorities whatever they wanted to hear. However, it’s alleged that police wanted the information but didn’t provide her with adequate protection.

“They had a moral and ethical responsibility to my sister when they asked her to come into court and testify against a pimp,” said Dominique Hicks, Kelsey’s older sister. “That’s what hurts so much — that she was used, and used in a way that probably cost her her life,” Hicks said. “How can you ask these girls to do what they do, and then send them on their way?”

Regardless of Kelsey’s troubles, Dominique said her sister “was the sweetest, sweetest child in the world.” She added, “She would help you out, she went to school, she never even swore.” Kelsey was a special needs student in high school who had a fifth-grade reading level.

Kelsey Collins continued to operate as a sex worker even after her arrest, often being beaten and trafficked by several individuals operating as pimps. Weeks after taking the stand in the grand jury trial, on Mother’s Day in 2009, Kelsey’s mother Sarah reportedly awoke to find that Kelsey hadn’t contacted her. The 18-year-old had left at 5:30 p.m. the previous day, May 9, to travel from her home in Everett, Washington to reportedly meet up with her new boyfriend in Seattle, about an hour away. Kelsey traveled by using public transportation, “either the Sound Transit #510 or Metro #101/358,” reported The Charley Project. According to Justice For Native Women, Kelsey arrived at her destination but has never been seen or heard from again.

Portland police Sgt. Doug Justus spoke at length with Kelsey about the Johnson case, so when he heard that she’d gone missing, he wanted to get involved in the search. Justus claimed back in 2010 that he called a detective in Everett to check on the status of the case. “‘She’s 18. She’s a prostitue. So what,’ they told me,” said Justus.

Two months after Kelsey testified, Johnson was indicted by a grand jury. However, because she wasn’t available to take the stand at trial, charges against him were dismissed. Yet, that wasn’t Johnson’s only case. Months later, he reportedly pleaded guilty to trafficking a 14-year-old and was tacked with a 15-year sentence. His co-defendant, a woman named Lisa Miles, also pleaded out and was sentenced to probation.

“I don’t care about what she did or didn’t do,” said Mariah, another of Kelsey’s siblings. “She was my sister.”

Meanwhile, Assistant U.S. Attorney Kemp Strickland previously claimed that his office wasn’t aware that Kelsey Collins was harmed by other pimps. “There’s not one iota of information that a criminal defendant we had charged was a danger to her,” Strickland said. “If we had any indication of threats, we would move her and move her fast.” There reportedly wasn’t any discussion regarding witness protection options for the teen. Kelsey’s mother claims that it wasn’t until Kelsey had turned 18 that she learned authorities had options for the testifying minor, but the Collins family wasn’t notified of those resources. At 18, because she was technically an adult, those options were no longer available to Kelsey.

“Unless we knew someone had found out [that she had testified] or knew of a danger or threat, we believed she was safe and she was doing well,” Strickland added. “You can’t say her disappearance is a result of the prosecution.” Kelsey had reportedly been slashed with a boxcutter by one pimp and beaten by several others. The teen had been passed around from person to person throughout Everett, Seattle, and Portland.

At the time of her disappearance, Kelsey Collins stood 5 feet 5 inches to 5 feet 7 inches tall and weighted 155 to 165 pounds. She had light brown hair (she may have dyed it) and green eyes. Her hair is naturally curly but she often straightened it. Kelsey is described as being multiracial: Black, White, and Native (North America). She also has a number of scars: a two to three-inch surgical scar on her ribcage, a two-inch scar on her left hand’s index finger, and a surgical scar across her lower abdomen. Both of her ears are pierced, as is her nose. Her legal name was “Emily” until she was seven, it was changed to become her middle name. She was last seen wearing an Echo athletic jacket (white, black, and red), a pink t-shirt, blue jeans, and black Jordan sneakers. When she left her home, Kelsey was reportedly carrying her phone, an mp3 player, her identification, a small black purse, a hairbrush, and a small amount of cash.

Anyone with information regarding this case is urged to contact the Everett Police Department at 425-257-8400  or their local authorities.

Please share this story about Kelsey Collins to help bring her home. She is our sister and her life matters.