*UPDATE* In August 2021, Mohave Jane Doe was identified as 18-year-old Kimberly Rena Jones who was reported missing from San Bernadino, Calif. How she died remains a mystery.

The mummified remains of what is suspected of being a teenager were found in Arizona but no one has come forward to claim her. In an unincorporated area of Mohave County near White Hills, a married couple reportedly discovered the decomposed remains of a young lady while hiking, estimated to be somewhere between 13 and 17-years-old, along Highway 93 on September 28, 2016. The road is known to connect Arizona to Las Vegas, so there has been much speculation as to where the teen, named Mohave Jane Doe, may have lived.

It’s reported that isotope testing showed Mohave Jane Doe could be native to the Northern portion of the United States or even Canada, but authorities don’t know for sure. What also remains unclear is her cause of death, however, police are investigating the case as a homicide.

“Jane Doe may have been from or spent a significant amount of time in the Great Lakes area, New England area, Eastern Canada, Pacific Northwest or Southwestern British Columbia,” reads her National Center for Missing & Exploited Children report.

When Mohave Jane Doe was found, authorities believe she had been dead anywhere from one to two weeks. 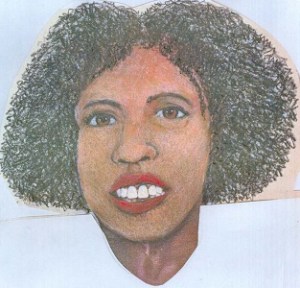 “We need to find out who she is,” said Detective Lt. Scot Durst with the Mohave County Sheriff’s Office. “We’re hoping someone recognizes her… We definitely believe there was foul play involved. We are treating this as a homicide… It did appear she had been placed there by someone. She didn’t get there on her own. We’re convinced of that.”

“Anyone who met this fate deserves a name and to be buried properly and for the family to have closure,” he continued.

Investigators have reportedly looked into the missing person cases of nine others that fit this description but they have all been ruled out. The White Hills area is reportedly a popular stop for travelers and drivers, so in theory, Mohave Jane Doe could have been from anywhere. The location is about three and a half hours from Phoenix.

Mohave Jane Doe is described as being 5 feet 5 inches to 5 feet 7 inches tall and may have weighed between 105 and 130 pounds. She had black/dark brown hair (thick and curly, about 5 inches long) and her eye color is unknown. She is described as having been Black or biracial (Black and White or; Black and Hispanic or Latino). Her fingernails were clean and manicured, and she even had remnants of pink polish on her toenails. Her ears were pierced and an examination determined she didn’t have any scars or tattoos. It is also believed that Mohave Jane Doe may have had orthodontic work, possibly braces or something like Invisalign. There was a “Hollister” brand t-shirt near her body, but it unknown if the top belonged to her.

Please share this story about Mohave Jane Doe to help reignite the investigation into this case. She is our sister and her life matters.