Over the years, there have been unsubstantiated sightings of Lisa Hatchell. It has given investigators hope, considering that Lisa went missing from Philadelphia, Pennsylvania on July 19, 2003—her 37th birthday. What was supposed to be a celebratory day was the catalyst to a mystery that has latest for nearly two decades, because, at some point, Lisa Hatchell disappeared and hasn’t had contact with her loved ones since.

Before the 37-year-old U.S. Army veteran vanished, it’s reported that witnesses told authorities that Lisa was having an argument with her live-in boyfriend of 16 years, Tyrone Henderson. The two were apparently at their home having a spat over money, but details regarding the disagreement haven’t been shared publicly. Alonie Watson, Lisa’s mother, reportedly stated that her daughter struggled with an addiction to crack cocaine but isn’t convinced that those issues contributed to Lisa’s disappearance.

“She has never disappeared without letting the family know where she is,” said Alonie. “This is just not like her. I feel in my heart that her disappearance doesn’t have anything to do with her taking drugs that night and then running away. She just wouldn’t do that.”

Lisa worked at the Philadelphia Navy Yard and is the mother of two children, but they didn’t live with her at the time of her disappearance. According to reports, Alonie stated that police refused to file a missing person report on her daughter. It wasn’t until 2005, two years after Lisa first went missing, that an official report was noted. Only then was Lisa’s boyfriend questioned about her disappearance and his home searched.

In the 1990s, Lisa was known to have lived in Atlanta, Georgia, and in 2006, there were alleged sightings of the missing woman. Someone claimed that they saw her at an apartment complex, but that lead proved fruitless. Two years later, another lead came in stating that Lisa was in the city working as a waitress. Again, nothing materialized. There was even a report that she may have been in New Jersey, yet still, Lisa Hatchell wasn’t located.

Henderson reportedly took a polygraph test but the results haven’t been made public. He is said to remain a person of interest by authorities, but there doesn’t seem to have been movement on this case in years. 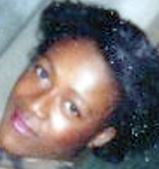 At the time of her disappearance, Lisa Hatchell stood 5 feet 4 inches tall and weighed 135 pounds. She had black/dark brown hair (known to wear her hair in braids, with a weave, or in various colors; her hair was styled in dark shoulder-length braids at the time she went missing) and brown eyes. She has double pierced ears and several distinctive marks including a small scar on her neck under her chin, a birthmark on her outer right thigh, and very small scars on both ankles from insect bites. Her left ankle was previously broken. Lisa’s middle name is “Michelle.” She was known to use the aliases “Lisa Cotton” or “Lisa Henderson.” Her dental records, DNA records, and fingerprints are reportedly on file. She would be 55-years-old at the time of this publication.

Please share this story about Lisa Hatchell. She is our sister and her life matters.