It is always unbelievable when a young person found deceased goes unidentified, especially for decades. In the Spring of 1982 on March 16, it is reported that an off-duty firefighter made his way to the Milwaukee River to check on his boat. It was there that he came across the remains of a young woman—later named Milwaukee Jane Doe—floating between two metal barrels on the pier. Medical examiners did their best to pull identifiers with the hopes of finding out who she may be, but in the decades that have followed, authorities don’t seem any closer to learning Jane Doe’s name. 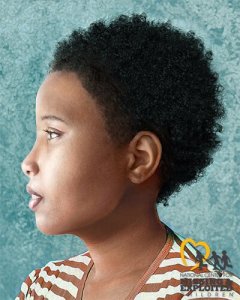 “She’s a young person,” said forensic investigator Michael Simley. “She has to be missed by someone.” He added, “Sometimes someone is reported missing, and sometimes they’re not. Sometimes there are family issues or someone’s transient or a runaway, and they die here.”

According to reports, Milwaukee Jane Doe was found with little signs of trauma, and her cause of death was ruled as an accidental drowning. Her death may have occurred anywhere from a few weeks to three months before she was located, and it is estimated that she was somewhere between 15 to 25 years old—but she could have been as old as 35.

At the time of her disappearance, Milwaukee Jane Doe was 5 feet 4 inches tall and weighed 137 pounds. She had black/dark brown hair (with a reddish tint, described as “kinky” and styled in an Afro) and brown eyes. She had a 4.5-inch vertical surgical scar from her belly button to her pubic area, a scar on her right ankle (may be an old burn mark), and a 2-inch scar on her right forearm below her elbow. Milwaukee Jane Doe had extensive dental work including two teeth that had been extracted, several fillings, and a fixed partial bridge to conceal a missing upper tooth. Her dental, DNA, and fingerprint records are on file, however, the latter is described as being of poor quality.

Additionally, Milwaukee Jane Doe had pierced ears (no earrings), and her fingernails and toenails were “well-groomed.” She was found wearing a tan-colored jacket, blue pants from K-Mart, a yellow and tan knit cap, a brown striped long-sleeved shirt with the “Jeri-Jo, INC 1978, New York” label in a medium size, a faded purple scarf, green knee-length socks, and black calf-length boots in a size 8.

Anyone with information about this case is urged to contact the Milwaukee County Medical Examiner’s Office at (414) 223-1200 or their local authorities. The case number is 1982-0533.

Please share this story about Milwaukee Jane Doe to help reignite the investigation into her case and to help learn her identity. She is our sister and her life matters.