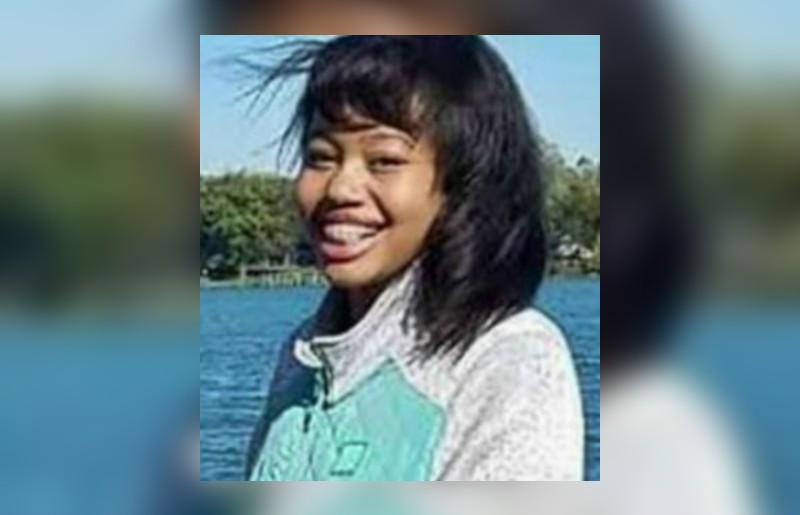 *UPDATE* Amaria Hall has been located and has returned to her family. No further details have been shared at this time.

The family of a 16-year-old who went missing in 2019 is continuing to hold out hope for her safe return. Amaria Hall vanished from Trenton, Michigan, about 30 minutes south of Detroit, sometime on July 7 when her family was sleeping. The teen suffered from several health issues including asthma, diseases in her blood and bones, as well as depression and severe anxiety. These ailments caused Amaria to miss school for lengthy periods of time, so she turned to online classes to catch up after falling behind.

The day before she went missing, Amaria Hall was spending a significant amount of time on the internet. She reportedly asked her mother for an adapter for the computer and later complained that the wi-fi wasn’t working. There weren’t any problems at home to suggest that the teen was planning to leave or was growing despondent, however, upon realizing that Amaria was gone, her family reportedly found a note. It was allegedly from Amaria and it stated that she was leaving and she didn’t want anyone to go looking for her in her absence because it could make things worse for her. She is said to have packed a bag and left her medications behind.

Around 3:00 a.m. that morning, Amaria’s mother April Hall said she believed she heard someone open the sliding glass door. Hours later, April got up to get ready for church, but when she checked in on Amaria, she was gone.  These last moments have caused April to believe that there was someone her daughter was communicating with online that may have lured her into a dangerous situation. There is a fear that the teen was being groomed and coaxed to separate from her family.

Further fueling this theory are reports that prior to Amaria’s disappearance, the teen received a package in the mail from a man she met online, reportedly in his forties. Also, almost a month after Amaria Hall vanished, her family reportedly received a phone call.

“Amaria was spotted within the first four days in Westland, a Thursday night,” said April. In the phone call, April recalled her daughter “saying she could come home if we said this person didn’t take her.” However, the call abruptly ended and no one has heard from Amaria since. However, there have been hundreds of leads given to and followed up by police, but nothing has been the information they need to bring Amaria Hall home. The alleged sightings of Amaria have been plentiful, yet, not fruitful.

“I don’t know who she was talking to online, I do know one person was a male, probably can’t say his name and that person gave a lead way out of state, then he gave another lead, so we think that person may have something to do with it,” April told reporters of this mysterious person she considers a suspect.

Amaria is described as a vibrant young lady who acted a bit younger than her age. She reportedly had dreams of one day becoming a social worker, and despite her health setbacks, Amaria was active in swimming and volleyball.

“Just know that we’re still looking for you and my love will never end,” said April in a message that she hopes will reach her daughter. She pleaded with whoever Amaria may be with to drop her off at a hospital.

“Somebody always knows something,” said community activist Malik Shabazz. “[Detroit Police Department] is on it; The FBI is on it. Westland and Trenton, but we need the public. We need the public to speak up.” A $10,000 reward is reportedly being offered in this case. “If it leads to an arrest, not a conviction, an arrest, then you get the reward, cash.”

At the time of her disappearance, Amaria Hall stood 5 feet 6 inches tall and weighed 150 pounds. She had black/dark brown hair and brown eyes. Her ears and her nose are pierced, and she wore braces. Amaria’s conditions cause her to require the use of medications that she did not have when she left home. She would be 18-years-old at the time of this publication.

Please share this story about Amaria Hall to help bring her home. She is our sister and her life matters.

The teen remains missing, but police believe she is one of several victims of Sonny Pierce.

Sadly, investigators believe that Mariah Edwards was murdered. It isn’t through speculation or some hypothetical reasoning; when they searched the home of a man named Sonny Pierce, they discovered a video that led them to the conclusion that the teenager’s life was taken. Agencies disagree as to Mariah’s age when she vanished from Blue Island, Illinois in July 2010, as some list her as 17 and others as 18. It is believed that Mariah is one of several women who were allegedly murdered by Pierce, but she is the only known victim who has yet to be found. END_OF_DOCUMENT_TOKEN_TO_BE_REPLACED