William Perry was just eight years old when his mother disappeared. He was with his sister, Wilmesha, and his grandmother, Linda Archie, when they stopped by Perry’s Cutz in Portsmouth, Virginia where his mother, Kathryn Griffin, often worked to help her former boyfriend. It was a barbershop where Kathryn was last seen on January 7, 2012, by the boyfriend after she asked to borrow his bicycle. Kathryn rode away from the shop around 12:00 p.m. and has never been seen or heard from since. 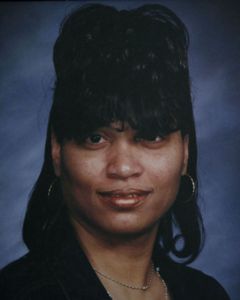 “Last thing she said to me was that she loved me, and she loved my sister, too,” William told reports back in 2016 when he was 11. At the time, Kathryn’s eldest son was enrolled at the University of Arizona. “I miss my mom, and she missed out on a lot of my birthdays, and a lot of events that happened with me in school, and things like that.”

Kathryn’s loved ones don’t believe that she simply walked away from her life and left her children behind. Linda and her daughter were said to be close and spoke to one another on the phone every single day. Over the years, Linda has continued to hold out hope, but whenever there were news reports about remains being located, she feared that he daughter would be identified.

“Sometimes I said, ‘Well, Lord, maybe she is gone.’ Maybe somebody did something to her,” said Linda. “Over time, you just believe they’re gone until something else comes up.”

According to reports, Kathryn Griffin faced several struggles throughout her life. In the 1990s, her infant son passed away, and later, she served jail time for violating her probation and drug charges. Kathryn’s children were in the care of her mother when she disappeared so it was common for Kathryn to reach out daily to speak with her kids. Linda admitted that Kathryn had issues with drugs, but insisted that her daughter loved and cared for her family.

Investigators have reportedly searched nearby wooded areas as well as waterways, but nothing has materialized in helping them locate the 43-year-old missing woman. There were reports that Kathryn may have been seen days after January 7 at the barbershop once again riding away on a bicycle. Leads have been exhausted and investigators claim they don’t have any information that could help bring resolution to this case at this time.

“I don’t believe she is somewhere and not contacting us,” Linda said. “I don’t believe my child would put us through that.” Young Williams had made plans for when he would speak to his mother next. “I’d tell my mom that I do good in school. My behavior’s good, and I play the viola,” the then-11-year-old said in 2016. “If she comes back one day, I would like to play for her.”

At the time of her disappearance, Kathryn Griffin stood 5 feet 5 inches tall and weighed 150 pounds. She had black/dark brown hair and brown eyes. Kathryn reportedly has a large scar on her abdomen. She was last seen wearing a plaid jacket, black smock, and blue jeans. Her middle name is “Bene” and Kathryn would often be called that by loved ones. She would be 53-years-old at the time of this publication.

Avis Anderson, 58, Last Seen Outside Of Her Residence In 2020

Please share this story about Kathryn Griffin to help reignite the investigation into her case. She is our sister and her life matters.