Federal authorities were reportedly unable to protect a woman from the gang she testified against years ago. Shatavia Walls lived in the Louis H. Pink Houses complex, a housing project in East New York known as “Pink Houses,” and it was there that she found herself the victim of gun violence. In 2017, the 33-year-old was shot by an alleged member of the Ninedee Gang. The group was accused of drug trafficking and gang violence, and during the investigation into her shooting, Shatavia reportedly cooperated with authorities. 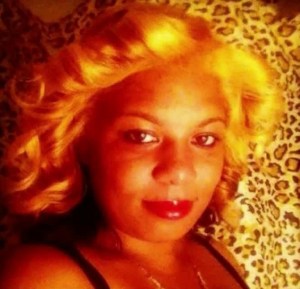 It would take two years for her case to go to trial and in 2019, Shatavia testified against the alleged gang members accused of causing her injuries. She reportedly faced intimidation around the Pink Houses as posters were put up demeaning her, calling her a “snitch” for helping investigators. She collided with the gang once again last month, but this time, authorities say that alleged members of the nefarious crew began plotting her death.

On July 4, Shatavia Walls had a run-in with 27-year-old Maliek Miller over setting off fireworks. It is reported that during that altercation, Miller fired a gunshot into the air immediately after calling her a “snitch.” Reports state that following the incident, two alleged Ninedee gang members, 20-year-old Quintin Green and 21-year-old Chayanne Fernandez, began working on a scheme to kill Shatavia.

“The kids were playing right there in the park,” her mother, Helen Testagrose told reporters. “And they were shooting [fireworks] near the kids. And the little girl was hysterical. That’s why she asked them to stop.”

Green, along with another person who is a juvenile, reportedly laid in wait at the Pink Houses on July 7. According to prosecutors, the pair were there “all afternoon and through the early evening for an opportunity to shoot Ms. Walls, changing their clothes throughout the day in order to disguise their appearance.” That evening, they received their opportunity.

Shatavia emerged from one of the buildings within the Pink Houses around 9:25 p.m. with a friend. It was Green who reportedly caught Shatavia off guard by coming up behind her, and when she turned around, the two exchange words briefly before Green fired multiple shots. He missed his target but struck an innocent bystander, giving Shatavia Walls a possible moment to escape from her attacker. She ran from Green as fast as she could and he even jumped a fence to find a better location to get a clear shot, but tragically, Shatavia was running right toward the second shooter, the unidentified juvenile. 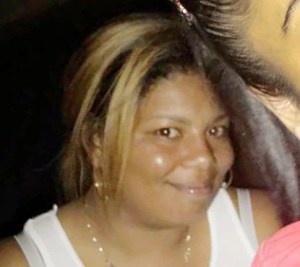 Tragically, Green lessened his distance and caught up with Shatavia behind a building. She was shot multiple times, and a forensic report would later pin the number at eight bullet wounds. Prosecutors alleged that after police descended on the Pink Houses following the murder, several Nindee gang members hid out in Queens. On July 17, ten days after she was shot, Shatavia Walls succumbed to her injuries. An investigation revealed that one of the handguns used in the shooting belonged to Miller, but that wasn’t the only thing that sent detectives to the gang’s door. Alleged members of Ninedee shared news reports about Shatavia’s death and claimed responsibility on social media.

“I had seen her on the floor and she was laying there, and she said to me, ‘Ma I don’t think I’m going to make it,'” Shatavia’s mother Helen said. “She was on the floor. She was talking to me. She was telling me who shot her, saying it was the same guy from the other day.”

“It is our hope that today’s charges against members of the Ninedee Gang bring some solace to the family of Shatavia Walls as we seek justice for her senseless, cold-blooded murder,” stated Acting United States Attorney Kasulis.  “This Office and its law enforcement partners are committed to ending the brutality that violent gangs so wantonly inflict on citizens in our communities.  I commend the FBI special agents and the NYPD detectives for their relentless investigative work on the case.”

FBI Acting Assistant Director-in-Charge Maguire stated, “This investigation serves as a warning to criminals who behave as if there are no consequences to their actions. We have the ability in the federal criminal justice system to put these violent gang members away for a long time, and we will persist in our efforts to get them off the streets.  Our outstanding partnership with the NYPD allows us to pursue the most violent and persistent offenders and hold them accountable for their blatant disregard for human life and safe communities.”

On Monday (August 9), a nine-count superseding indictment was unsealed in federal court in Brooklyn charging four alleged members of the Ninedee Gang with racketeering, murder in-aid-of racketeering, drug trafficking, firearms offenses, and robbery. Quintin Green, Chayanne Fernandez, Maliek Miller, and one of the gang’s alleged leaders, Kevin Wint, were named in the indictment.

“It is our hope that today’s charges against members of the Ninedee Gang bring some solace to the family of Shatavia Walls as we seek justice for her senseless, cold-blooded murder,” stated Acting United States Attorney Jacquelyn M. Kasulis. “This Office and its law enforcement partners are committed to ending the brutality that violent gangs so wantonly inflict on citizens in our communities. I commend the FBI special agents and the New York Police Department detectives for their relentless investigative work on the case.” 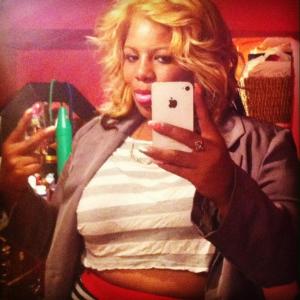 “The NYPD remains committed to providing every resource possible to dismantling the violent gangs and crews that prey on New Yorkers. I commend our police investigators and the prosecutors in the United States Attorney’s Office for the Eastern District of New York for leading us to justice with this federal indictment,” stated New York Police Department Commissioner Dermot Shea.

“My heart goes out to the family of Shatavia Walls on this horrific incident,” Brooklyn Borough President Eric Adams said in a statement. “Gun violence has hurt too many innocent people in our city, from 1-year-old Davell Gardner to this dynamic young lady. Dangerous people are shooting innocent people for senseless reasons. I renew my call for cracking down on the scourge of illegal guns.”

Adams has faced criticism from the public after he reportedly called for citizens to confront residents who were setting off fireworks and disturbing communities. Adams reportedly told the public that instead of calling 911, citizens should handle fireworks disputes themselves.

Please share this story about Shatavia Walls to continue the discussion about gang violence in our communities. She is our sister and her life matters.

Kaneisha Williams Ex-BF, The Suspect In Her Murder, Commits Suicide