This case is interesting because although two brothers have admitted to killing Irvine Jane Doe, she has gone unidentified for over a decade. It was on September 5, 2009, when John Ring pulled into the parking lot of his job at Pasternack in Irvine, Calif., around 8:30 a.m. There weren’t any other cars there but he did come across a frightening scene: a woman lying facedown in a fetal-like position. He saw the figure with his own two eyes but he still couldn’t believe what was happening, so he reportedly parked a few spaces away from the woman to get a better look before calling the authorities.

It only took a few minutes for emergency responders to descend on the scene and upon their arrival, they declared the woman dead. She didn’t have identification on her but the marks on her body told a tragic tale. She was battered, bruised, bloody—Irvine Jane Doe had a swollen, blackened eye; her tongue was reportedly protruding out of her mouth, and her body had been burned. Someone set her on fire right there in the parking lot and the fire department speculated that at least a gallon of gasoline had been used.

As investigators attempted to piece together a timeline, they learned that the cleaning crew from the evening prior didn’t notice any suspicious activity between 10:30 p.m. and 11:00 p.m. There were not any leads to help identify Irvine Jane Doe, so detectives went on a search throughout the area, visiting over a dozen motels to check if she had been a guest. They watched video surveillance footage of several businesses, visited hospitals, spoke to hundreds of people, and yet still, they could not get a solid lead about Irvine Jane Doe.

It was determined that she was anywhere between 13 to 26 years old and grew up without dental care. An examination of her body turned up DNA under her fingernail and when investigators ran it through their systems, it came back as a match to then 24-year-old Zenaido Baldivia-Guzman, an auto dealer from Santa Ana, Calif., who had reportedly been convicted of domestic violence. His older brother, Gabino, was also questioned by authorities and it only took a few hours for the siblings to admit to killing Irvine Jane Doe. 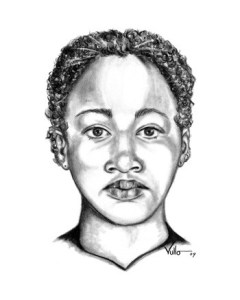 According to them, they were drinking together in the evening and made the decision to get their work van and hunt for a woman. The mission was to find a woman for sex, and they allegedly met Irvine Jane Doe on the street in Santa Ana. After negotiating a price, she got into the van’s passenger seat with Gabino behind the wheel. She was unaware that Zenaido was sitting in the back, but once she noticed him, she began to scream. Zenaido reportedly pulled her into the back of the van and beat her. The brothers described the woman as being strong as she fought back against her attacker. Zenaido choked her with so much force that it is reported he broke a bone in her neck and killed her.

They never got her name. They threw her cellphone in the street, making it impossible for her to be identified. They took their gas can, drove to the parking lot where they often detailed cars in Irvine, and set Irvine Jane Doe on fire.

The brothers were arrested and charged with first-degree murder. They pleaded not guilty because they claimed they didn’t necessarily plan the killing and that it happened in the heat of the moment. Their attorneys argued that they should be charged with second-degree murder. However, there were no debates regarding Zenaido being responsible for instrumentalizing Irvine Jane Doe’s final breath.

“I know I took someone so loved. … I do not know how to live with my conscience, because I also have a family,” Zenaido Baldivia-Guzman penned in a handwritten note to the unknown family of his victim.

Irvine Jane Doe was reportedly later cremated. In 2016, Zenaido’s case was declared a mistrial after a jury failed to unanimously decide on his first-degree murder fate. It is reported that they voted 11-1 in favor of guilt. The brothers are being tried separately and the status of their cases at the time of this publication is unknown.

A medical examiner determined that Irvine Jane Doe stood 6 feet tall and weighed 152 pounds. She had brown hair (short and curly) and brown eyes. Both of her ears were pierced and she was last seen wearing a black camisole blouse, a black skirt, multi-colored animal print undershorts, and size 10 Glaze black open-toe high heels that had several straps across the top. Her DNA and dental records are on file. A blue lighter was found near her body.

Please share this story about Irvine Jane Doe to help bring a name to the victim of this tragedy. She is our sister and her life matters.