*UPDATE* Lake Michigan Jane Doe has been identified as 19-year-old Yarianna Wheeler. She was identified through dental records. Her case is being investigated as a homicide and authorities claim that she suffered “sharp blunt” injuries. She was between six to nine months pregnant. I send my sincerest condolences to her loved ones during this difficult time.

A mystery was launched a week ago after the body of a woman, dubbed Lake Michigan Jane Doe, was located in Lake Michigan in Illinois. On August 15, approximately three miles from the Waukegan Harbor around 3:00 p.m., a fisherman discovered the body of a pregnant woman floating in the lake. Authorities rushed to the scene and pulled the woman from the water and later, it was determined that she had been there between seven to 12 days. 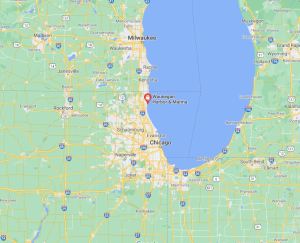 There was another body found in Lake Michigan on August 15, but police don’t believe the two cases are connected. A Wisconsin man, 49-year-old Martin Mendoza, reportedly drowned in Chicago nearly a week prior.

Authorities have released a sketch (pictured) with the hopes that someone will come forward to identify Lake Michigan Jane Doe. It is reported that she was somewhere between six and seven months pregnant, however, the cause of death has not been shared at the time of this publication.

There are also at least two other Lake Michigan Jane Doe cases: one in 1988 and another in 1997.

This 2021 Jane Doe is described as being approximately 5 feet 4 inches tall and weighed between 150 to 170 pounds. She had black/dark brown hair (looked to be pulled back in a bun) and brown eyes. Her fingernails and toenails were well-groomed and painted white. She was wearing a pink sundress.

Please share this story about Lake Michigan Jane Doe to help find out who she is and to reunite her, and her unborn child, with their family. She is our sister and her life matters.