Like many other teens who disappear, Jeffrey Lynn Smith was initially thought to be a runaway. Although it has been decades since she was last seen in Hot Springs, Arkansas, little is known about Lynn, who went by her middle name so I will refer to her as such, and what happened to her remains a mystery. Investigators reportedly have a person of interest, but they have kept information regarding this 16-year-old’s missing person case veiled from the public. 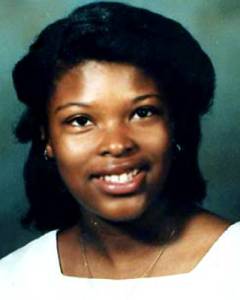 On December 4, 1985, in the wake of the holiday season, Jeffrey Lynn Smith was last seen walking home from school with her boyfriend, Frank Hannah. According to Hannah, he parted ways with Lynn just a few blocks away from her home and didn’t know what happened to his girlfriend. When Lynn didn’t make it home, her panicked family called the authorities, but like many Black teens who fail to contact their parents, Arkansas police treated Jeffrey Lynn Smith like a runaway and did not adequately investigate her case in its onset.

One would think that with the teen’s mother being former President Bill Clinton’s housekeeper, someone would have reinvestigated this case sooner.

“She was walking home with her boyfriend, Frank Hannah, and a friend, Lisa. My aunt actually saw them walking home and she stopped and asked them if they wanted a ride,” said Lynn’s sister Lisa Smith in 2017. “They said, ‘No, we are fine.’ We since have communicated with Lisa and Lisa’s like, ‘I left. Parted ways with them, and was headed home. They just kept walking.’ But that’s the last time anybody’s seen her.”

Hannah was reportedly questioned by authorities and while the details of their conversations are unknown to the public, they have been described as being inconsistent. Authorities did not reportedly press Hannah about his girlfriend’s whereabouts. Early on in the investigation, Lynn’s sister Lisa claimed that Hannah stayed close by the Smith family’s side, but things soon changed. Just prior to going missing, Lynn was gifted a gold ring with an opal in it for her 16th birthday, and later, it was found at a pawn shop. It was a ring that Lynn reportedly loved and guarded fiercely. It is suspected that Hannah pawned the piece of jewelry, but that has not been proven.

During the investigation, nearby woods and fields were searched but there wasn’t anything that could help in finding Jeffrey Lynn Smith.

Lynn’s family has never given up on searching for the truth of what happened to the teen and after much persistence, the case was reopened in 2012 and reclassified as an endangered missing child case. Authorities reportedly stated that they have a person of interest. 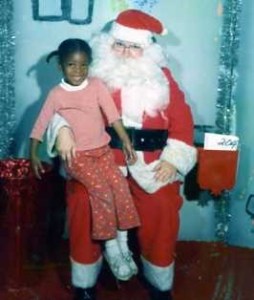 “We want to know what happened and we want to as well, have justice for her,” said sister Lisa. “Mom called me and said, ‘She didn’t come home last night’ and that’s when we started getting concerned just immediately.” She believes that Lynn suffered a tragic fate.

“I, myself, am 99.9 percent certain that she was murdered. We want to get her remains. We want to have answers. We hope to, at some point, know what happened, as painful as that might be,” Lisa said. “All the work that is done with this event gives her life meaning to me because these are all things she wouldn’t be able to do herself because her life has been taken from her. She was sixteen years old. Who knows what wonderful things she could have accomplished.”

At the time of her disappearance, Jeffrey Lynn Smith stood 5 feet 3 inches tall and weighed 110 pounds. She had black/dark brown hair and brown eyes. Both of her ears are pierced and she has a mole on the right side of her chin. Lynn was last seen wearing pink pants, a brown jacket, and brown/tan shoes. Her dental records and fingerprints are not available, but her DNA is reportedly on file. She would be 51-years-old at the time of this publication.

Please share this story about Jeffrey Lynn Smith to help bring resolution to this case. She is our sister and her life matters.

Jeanette Marie Lamb: Last Seen Getting Into A Car With A Man In 2002