When Richard Wilbon said goodnight to his daughter, Asia Wilbon right before he headed to bed, he did not expect that to be the last time he saw her. The father described his daughter as being a “homebody” and an “introvert,” so when he and his wife returned home from work to find Asia gone, they were confronted with confusion and concern. 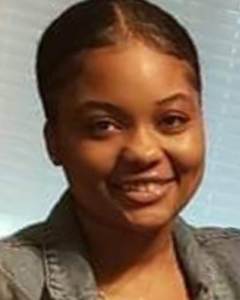 Between 1:00 a.m. and 2:00 a.m. in the morning on February 13, 2020, Asia was heard walking around the Kent, Washington home, but it was believed that she was just using the restroom before returning to bed. It wasn’t discovered that Asia was missing until later in the afternoon, and immediately, calls and texts were sent to the teen. All went unanswered.

Asia was immediately reported as a missing person and investigators tracked her smartphone. It was then that they learned the phone’s last ping was in Federal Way at 1:35 p.m. on February 13, about 15 to 20 minutes south of Kent. Police claimed that there was a witness who stated that they saw Asia close to the Federal Way Transit Center, however, any other evidence to support the sighting was not found.

Yet, there was another reported sighting on February 15 in the same location, this time around 9:30 a.m. Unfortunately for Asia’s loved ones, a search once again came up empty.

“I feel that when she left the house, she wasn’t in a good head space mentally and just went out for a walk. None of her clothes are missing. The only thing that she took was her phone and house keys,” said Richard. Asia was reportedly depressed because her mother, who resided in North Carolina, had recently passed away.

“She loved being in her room and very seldom wanted to leave the house,” he added. “When we made family plans to go out and do things together, she would agree to go and then change her mind at the last minute because she didn’t want to be around people and the thought of it increased her anxiety.”

Investigators hold out hope that someone in the public will come forward with information. There have been discussions about Asia Wilbon being a runaway, but that is an assertion that her father fiercely denies.

“I do not think that she left with the intentions of not coming back,” he said. “I feel like she is out there somewhere and in extreme danger.”

The National Center for Missing and Exploited Children reportedly contacted Richard to tell him that received a tip that Asia was seen in South Carolina. The development of that information is unknown. This is reportedly an active and open case, but there have not been any leads to help investigators press forward. Asia’s smartphone is no longer active.

If you know where Asia Wilbon is, please call or text our hotline at 1-833-3PURSUE. #TeamInPursuit pic.twitter.com/e6Zp5pI3vv

At the time of her disappearance, Asia Wilbon stood 5 feet 2 to 5 feet 3 inches tall and weighed 130 to 135 pounds. She had black/dark brown hair (usually pulled back in a bun) and brown eyes. Asia has noticeable, deep dimples. She was last seen wearing a black jacket and jeans or dark pants.

Please share this story about Asia Wilbon to help bring her home. She is our sister and her life matters.