This is a case I initially came across when I first launched Our Black Girls and it continues to weigh on my heart. I’ve written about it on social media but I haven’t dedicated space here on the site for a full story, until today. It involves siblings, 15-year-old Monica Bennett and her 13-year-old brother Michael, and it centers on how they both went missing from Brunswick, Georgia on June 21, 1989.

Let’s start off with the teens’ family tree. They shared a mother, Deborah George, who was married to Robert George, Michael’s father. This is where things get tricky: when Michael was born, Robert was reportedly still married to his first wife, so the baby wasn’t given Robert’s last name. The first wife was accepting of Michael and was said to have welcomed him into their home. Later, Robert divorced his first wife and married Deborah, and they would go on to have four daughters together. Michael maintained a good relationship with Robert’s ex-wife.

Monica has an older sister named Sheila, and they were reportedly very close. Although Sheila was still in high school like her sister, she had married, moved out of the family’s home and in with her in-laws, and was pregnant by 1989. The sisters may not have lived under the same roof, but they were able to see each other daily in school. It was sometime early in that year when Monica Bennett made a startling revelation—the teen told her sister that Robert, her stepfather, had been sexually abusing her. She feared returning home and said she did not want to go.

In turn, Sheila told a school counselor and they called the authorities. When Deborah spoke with police regarding the allegations, she reportedly let them know that she believed her daughter was lying. Surprisingly, that was the last anyone spoke of the allegations with authorities, and police did not check in with the family in the future.

Deborah’s reaction to Monica’s allegations would come as a shock to most, but she reportedly had a habit of ignoring concerns about her husband. One daughter caught Robert attempting to sneak into her room, and Deborah walked in and found Robert molesting their 13-year-old daughter. Even brother Michael refused to believe that his father was a predator because they were very close. However, when he saw Robert sexually abusing another sister, he couldn’t deny it any longer.

Once Michael told his mother about the abuse, she finally decided that it was time to end the marriage. Deborah and Robert separated, but neither child stayed with their mother. It wasn’t a preferred option, yet still, Monica Bennett moved in with her biological father. Michael went to stay with Robert’s first wife, and the remaining children continued to live with Deborah. Michael reportedly saw them on the weekends.

Immediately after the separation, Robert got himself a new apartment in the city, but he instead decided to relocate to his home state of Alabama. By June 21, 1989, Robert was nearly ready to leave his old home behind, as it was reported that his apartment was practically empty aside from necessary last-minute items.

It was on that day when Robert picked up both Michael and Monica Bennett from their prospective homes. Michael made it clear that he didn’t want to be with his father, to the extent that he cried in defiance. The alleged plan was for the siblings to help Robert with his move, so the teens were taken to his apartment. Their aunt also lived in the complex, so the teens made sure to stop by. She would tell authorities that they had dinner at her home and it was around 8:30 p.m. when she saw Robert waiting for them outside. She watched Monica and Michael leave.

The aunt took a moment to speak with Robert who pleaded with her to convince Deborah to take him back. She gave in and called Deborah on a payphone and Robert hopped on the call to speak with his estranged wife. The aunt told authorities that as Robert was on the phone, Michael and Monica were walking up and over a hill until she couldn’t see them anymore. After the call ended, Robert followed the teens. That was the last time she saw the children.

What happened to the trio after that is a mystery. Robert would reportedly go on to tell multiple stories regarding what he did later on that evening. He said that at one point, Monica and Michael ran out of his apartment and he didn’t know where they were. However, he also reportedly made claims that he had to pick up a few things, so he left the teens at his apartment but once he returned, they could not be found. In another tale, he dropped them off at their mother’s home and didn’t know what happened to them once he left.

There is another story that is said to have come courtesy of the police report. It reportedly states that on that phone call near the aunt’s home, Robert told Deborah that Michael and Monica Bennett were already missing while they were still with him. Yet another version of the night’s events was told by the teens’ younger sisters who shared that Robert came to their mother’s home and picked them up. He drove around the city, seemingly looking for something or someone because he was driving slowly. The sisters reportedly said that Robert never directly called out for Michael or Monica and did not specify what he was looking for.

He took the girls back to his apartment and one noted that there were two trashbags near their father’s door. He told his daughters that they housed Monica and Michael’s belongings. Sheets and a comforter were also missing. Days later, Robert’s car mysteriously disappeared, as well.

Soon, within weeks, Deborah and Robert were back together and the remaining family members packed up to move to Alabama. There have been speculations about Robert’s possible involvement, but there are also discussions about Robert’s brother. The teens’ sister Sheila told authorities that he sexually abused her when she was younger and he lived with the family on and off.

In 2017, the teen’s grandmother Evelyn Bell, Deborah’s mother, was asked by reporters if she thought Michael and Monica were alive.

“I want to say ‘Yes,’ but something says, ‘No.’ Somebody knows something. They’re just not talking,” she said.

Reports state that the turmoil in Robert and Deborah’s marriage continued in Alabama. The children complained of violence in the home. Deborah was said to have repeatedly left her husband, only to return.

Although Michael and Monica were reported missing in 1989, police filed their case as runaways. Authorities failed to adequately search for the children under the guise they left home of their own accord, and it was only in the early 2000s that police gave the paperwork another look. It was then that the teens were considered “endangered missing,” and their names were entered into the government’s missing person database in 2009.

At the time of her disappearance, Monica Bennett stood 5 feet 5 inches tall and weighed 130 pounds. She had black/dark brown hair and brown eyes. Both of her ears are pierced and her middle name is “Renita.” Her DNA is reported on file. Monica would be 47-years-old at the time of this publication.

Anyone with information regarding this case is urged to contact the Glynn County Police Department and (912) 554-7800 or their local authorities. The agency case number is 890021957.

Please share this story about Monica Bennett and her brother Michael to help reignite the investigation into her case. She is our sister and her life matters.

Akela Thomas, 38: Her Sister Reported Her Missing In 2020

A baby boy was found unharmed in a Detroit alley. His grandmother recognized him from a news broadcast. 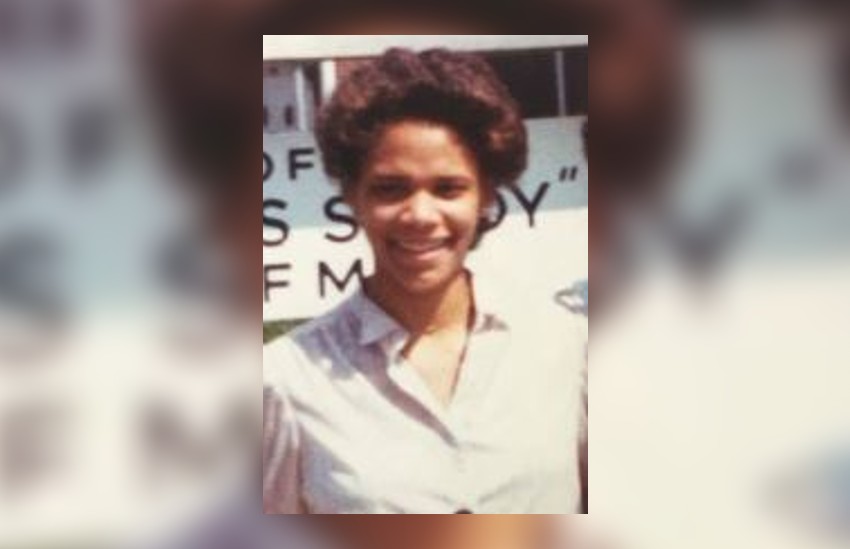 Detroit police officers are used to receiving strange calls during the New Years’ holiday and in the weeks that follow. From noise complaints to those who have made have had too much to drink, dispatch is on the receiving end of thousands of phone calls from people who keep the party rolling throughout the month of January, but a tip about an abandoned baby would lead to the unanswered mystery of what happened to Lisa Walton. END_OF_DOCUMENT_TOKEN_TO_BE_REPLACED