Home » Laura Mason, 45: Disappeared After Being Dropped Off At A Club In 1993

A birthday celebration spelled disaster for a family after Laura Mason went missing in 1993. Stories that center around women who vanish while enjoying a night out are typically shared by parents to their children in an effort to encourage them to be safer when they are out and about. For decades, Laura’s loved ones have waited for an answer regarding what happened to her on March 24 when she visited a jazz club to celebrate her 45th birthday.

It was on that date when Laura’s relative reportedly gave her a ride to the El Capitan Louge in Kansas City, Missouri near 18th Street and Vine. The last time anyone saw Laura Mason was when she was with Richard Stallings, the owner of the club. Stallings was also Laura’s former brother-in-law, and according to reports, he has given inconsistent statements regarding her disappearance over the years.

Initially, he is reported as telling authorities that he dropped her off nearby at 18th Street and Highland Avenue because she had planned on visiting the Mutual Musicians Foundation. The nursing assistant has never been seen or heard from again.

Meanwhile, two years after Laura’s disappearance, Stallings was facing a serious set of charges. In 1995, he was reportedly put on trial for the death of his girlfriend, Donna Meredith, after authorities claimed that he killed her. Stallings was charged with first-degree murder and sentenced to life in prison. He has refuted any claims that he was involved in her death and explained in a lengthy statement shared to Justice Denied that he only knew of Donna’s tragedy after seeing it on the news. The Victims of the State website, which chronicles cases that it believes are of wrongfully convicted felons, co-signs his sentiment.

An excerpt of the court documents from the Donna Meredith case reads as follow:

In 2015, Missouri authorities received a lead that the remains of Laura Mason may have been buried in the backyard of a home. The residence once belonged to Stallings, but after tearing through the yard, they did not find any evidence to help with this case.

“I’ve been to that house. I spent holidays at that house. So just the thought of thinking, if they find my mother in that backyard, oh my God, like, I don’t know how I’m going to feel about this,” said Safiyyah Mills, Laura’s daughter, in 2015. “I appreciate them following up on the tip, and even being willing to go out and dig, but at the same time, it`s just again, emotionally speaking, it`s like I’m starting over again.”

The family established the Laura E. Mason Foundation to continue her legacy through community outreach, philanthropic work, and building arts and education efforts for underserved youth.

“You want to protect yourself. You want to protect your heart,” said Safiyyah. “This is probably me at my most vulnerable state. It`s my mother, you know? It’s my mother. I don`t know where she’s at. So just going through it again, it just makes me emotional… To me, she lived life to the fullest. In my heart, I have to find closure. So, the foundation, that`s where I`m putting all my energy into. Every act of service that we do, that we`re going to do, that we’ve done, that is really her living legacy.” 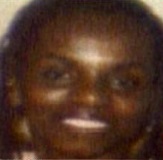 At the time of her disappearance, Laura Mason stood 5 feet 6 inches tall and weighed 140 pounds. She had black/dark brown hair (curly) and brown eyes. She was last seen wearing a green and black sweatshirt, black sweatpants, a black coat, black shoes, and an Ann Klein watch. She used the alias “Nadiyyah Muhammed” and was known to use the last names “Marks” or “Brannock.” She also spelled her name “Larura,” her middle name begins with an “E,” and she would be 73-years-old at the time of this publication.

Anyone with information regarding this case is urged to contact the Kansas City Police Department at (816) 234-5136 or their local authorities. The agency case number is 93-044857.

Please share this story about Laura Mason to reignite the investigation into her case. She is our sister and her life matters.

Benita Woody Was Last Seen In Her Vehicle On August 5, 2020

Our Black Girls@OurBlackGirls
107 Following 930 Followers
RT @aware_the: ***MISSING JUVENILE*** The Philadelphia Police Department needs the public’s assistance in locating a 15-year-old Missing Ju…
1 hour ago
139
RT @DCPoliceDept: Zayanna Dubose has been located. Thanks for your help!
1 hour ago
13
RT @BAM_FI: Newnan, GA: 35y/o Tiffany Foster is STILL MISSING. She was last seen on March 1, 2021, leaving her home at 2800 Lakeside Way in…
23 hours ago
497
Children