In her youth, Jessica Guillot had a bit of trouble. It is reported that while she was a teen, Jessica had been involved with drugs and substance abuse, in addition to her run-ins with the law, but by the time she was 21, her mother claimed she was making better choices. By 2013, Jessica had two children and was getting back on track, and her family was hopeful that her addictions were behind her.

However, like tens of millions of others, Jessica Guillot continued to struggle through her recovery. Then, on September 7, 2013, she seemingly vanished without a trace. Despite any issues that plagued her, Jessica’s loved ones insisted that she wouldn’t just walk away from her life without notifying someone, nor would she leave without returning within a day or two.

The last time anyone saw Jessica, she was walking away from her home in Simmesport, Lousiana. She had taken her daughter to her mother’s residence and after that, she was gone. Jessica’s mother would later go to her home to try to find her and when she arrived, she noticed that the place was in chaos. It looked as if someone ransacked the residence. 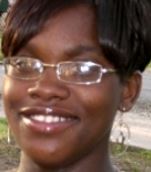 Just one month after she disappeared, five people were tacked with aggravated kidnapping charges in connection to Jessica’s case. Police believed Donnie Edwards, Willie Price Jr., Asa Bentley, Chadwick McGhee, and Tamika Williams coordinated to abduct Jessica Guillot because she allegedly stole money and cocaine. Two of the suspects, McGhee and Bentley, were reportedly also given charges of aggravated assault with a firearm. Jessica and Williams were distantly related, as the missing woman’s nephew is William’s child’s half-brother.

Reports state that when Williams took the stand, she told the court that she and the suspects drove around looking for Jessica before kidnapping her and throwing her in the back of an SUV. Edwards was reportedly behind the wheel as Bentley subdued Jessica by sitting on top of her. According to Williams, Bentley threatened to Kill Jessica before choking her as she pleaded for her life.

The attack was not quick, said Williams. For approximately 10 to 15 minutes, Williams testified she heard all sorts of noises behind her including glass breaking, choking sounds or struggling breaths, and the sounds of a person being hit, in addition to the smell of feces. Williams claimed she never turned around to see what was going on in the SUV because she was texting with her sister and was later dropped off at her home.

Court documents stated that later that day, the suspects returned to pick up Williams and she testified that it seemed as if McGhee had been crying. Weeks later, Williams claimed she called the police and pointed them in her own direction because she was ready to tell her story, but she wanted authorities to come to her.

She would add that Bentley took her to a field the following day and said he disposed of Jessica Guillot’s remains there. Williams did not want to look at the aftermath, but Bentley allegedly said that he planned on moving the remains to another location.

Investigators could not find evidence inside of the SUV tying the suspects to a murder. Yet, there were consistencies with Williams’s story, like a particular broken window, because Bentley’s girlfriend filed a police report stating that the vehicle has been vandalized.

In the summer of 2014, McGhee was convicted of simple kidnapping. He was sentenced to life in prison, but later, it was vacated because the appellate court stated evidence only showed that McGhee was there for the kidnapping, but it did not show he committed a crime or had the intention of participating in criminal activities. Prosecutors fought the appeal and the life in prison sentence was later reinstated.

In early 2015, both Price and Bentley were found guilty of second-degree kidnapping and by the Spring, Edwards pleaded guilty to simple kidnapping. Williams secured a plea deal for her testimony. “The deal called for her to plead guilty to obstruction of justice with an agreed upon sentence of ten years in prison,” reads court documents.

Price received 30 years, while Bentley was sentenced to 70 years in prison.

None of the five suspects were charged with the death of Jessica Guillot, however, the district attorney said that if there was a witness or evidence to prove that Jessica was no longer alive, they would certainly seek murder charges. Jessica remains a missing person.

At the time of her disappearance, Jessica Guillot stood 5 feet 2 inches tall and weighed 125 to 135 pounds. She had black/dark brown hair and brown eyes. She had a scar on the left side of her face from the corner of her mouth towards her left cheek. Jessica had a tattoo on her left hand of the letters “HBC.” Her middle name is “Raquel.” Her dental and DNA records are on file.

Anyone with information regarding this case is urged to contact the Avoyelles Parish Sheriff’s Office at (318) 253-4000 or their local authorities. The agency case number is 13-1014-01D.

Please share this story about Jessica Guillot to help bring her home. She is our sister and her life matters.