A family fears that Selwyne Richardson, also known as Tina Pitts, has met with harm. The 43-year-old mother disappeared from Tulsa, Oklahoma back in 2006 after she was last seen at her apartment in the Crystal Bay complex with her ex-boyfriend. Outlets and agencies have stated that Selwyne was reported missing after she failed to either pick up or drop off her child at her mother’s home on November 5.

Selwyne did not have a vehicle and although authorities reportedly did not find evidence or signs to indicate that a struggle ensued at her home, investigators have stated that have not ruled out foul play. At the time, she was said to have been involved with drugs, but details regarding that are scarce. Additionally, when police went to her residence, they found the apartment to be locked. While there may not have been much to go on at the home, authorities did find traces of Selwyne’s blood inside of her ex-boyfriend’s truck.

He has not been named in reports and The Charley Project stated that the ex denied having any involvement in Selwyne’s disappearance. Yet, he is reportedly incarcerated on weapons charges in connection to an unrelated case.

Back in 2011, Selwyne’s sister, Angie Pitts, spoke told Tulsa World about honoring her sister on every birthday and anniversary of Selwyne’s disappearance.

“It’s not only my sister,” said Angie. “There are a lot of angels out there. They want their family, their people to know where they’re at… As soon as I give up, it gets quiet and people forget. They’re gone but not forgotten.” 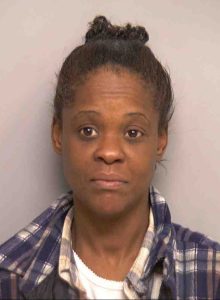 For years, Angie has pounded the pavement wearing a shirt with her Selwyne’s photo while passing out flyers with the hopes of someone recognizing her sister. She told reporters that her family seeks a resolution and conclusion to this case.

“I’m not running from the person who took my sister; I’m not running from anything. I’m going to stay right here and fight for what I believe in.” It isn’t just about Selwyne Richardson, either. Angie stated that she will be a beacon for anyone who has endured similar experiences regardless of whether her sister is located.

“If my sister is found, I’ll still do it,” she said. “I’ll do it for anyone who wants it. They want me to help them, I will. This is what I want to do with the rest of my life.”

Merkedes Jordan, 21: Hasn’t Been Heard From in 12 Years

At the time of her disappearance, Selwyne Richardson stood 5 feet to 5 feet 2 inches tall and weighed 150 to 155 pounds. She had black/dark brown hair (described as being in a weave with a gray and black ponytail) and brown eyes. Both of her ears are pierced. She went by the names “Tina Pitts, Selwyne Pitts, Selwyne Richard, and Selwyn Richardson.” She has a scar on her right leg and another on her left thigh. Selwyne also has unspecified tattoos on both her right and left arms. Her middle name is “Anette” and she would be 58-years-old at the time of this publication.

Anyone with information about this case is urged to contact the Tulsa Police Department at (918) 596-9143 or TPDColdCaseHomicide@cityoftulsa.org, or their local authorities. The agency case number is 2006-079084.

Please share this story about Selwyne Richardson, also known as Tina Pitts, to help reignite the investigation into her missing person case. She is our sister and her life matters.