The world was in the throws of the pandemic back in May 2020, but for one family, their concerns went beyond COVID-19. On May 23 of last year, 50-year-old Ella Crawley was found callously murdered in Winston-Salem, North Carolina. A resident was reportedly walking along a path at Gateway Commons Park when they found Ella, still alive but close to death. The following day, sadly, Ella Crawley succumbed to her injuries. Police later revealed that she had been beaten and strangled to death.

I was made aware of Ella’s case after her sister, Melissa, reached out in the hopes of spreading awareness about Ella’s murder. Ella was reportedly homeless and struggled with mental illness as she was diagnosed with schizophrenia many years ago. At the time of her death, it has been stated that she was no longer taking her medication and while her loved ones encouraged her to seek professional help, Ella would return to the streets. She had frequented mental health facilities, but would later be released of her own accord. 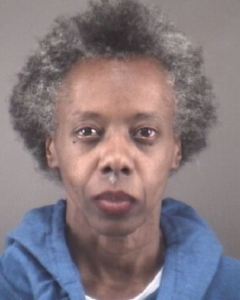 Prior to ceasing her medications, Douglas described Ella Crawley as a functional member of society. He said she would attend their family functions and was a churchgoer, and while her relatives have sought answers regarding Ella’s death, authorities haven’t been able to give them the responses they hope for.

“The longer that we are without information that is going to lead us in the right direction, this case is growing colder, and we don’t want it to lie dormant for any amount of time. We want to be able to follow up and investigate,” said Asst. Chief Natoshia Miles with the Winston-Salem Police Department.

“Somebody heard something, saw something somewhere either in jail or somebody on the street,” said Lieutenant Gregory Dorn earlier this year. “Many agencies define a month of time period or so for a cold case. Technically I guess if you look at it, we’d say yes, it’s gone cold, but that doesn’t mean we would close these cases or put them on the back burner.”

Another of Ella’s sisters, Vanessa, told Yes Weekly in July 2020 that although relatives have reached out to the authorities, they have struggled to receive a response. “I called multiple times, and nobody is calling me back. I feel upset about that because I don’t want this swept under the rug, I want justice to be served. We need to find these people so that they won’t harm nobody else. All of this is a lot. It’s like the police are doing nothing.”

Melissa spoke with that publication as well and was floored when she saw Ella’s remains. A press release revealed that “certain items of her clothing were missing,” however, it fell short of confirming whether or not Ella Crawley was the victim of a sexual assault.

“I saw her, I saw what she looked like afterward, somebody is sick—somebody is really demented and deranged, and they need to be off the street, plain and simple,” she said. “They are going to act again—it’s going to happen again. I feel like what they have done to my sister, that is not something that you wake up and decide to do and don’t do it again… If nothing else, I just want people not to forget that there is somebody out there that is not OK in the mind. I know I can’t bring her back, but the community deserves to know, the killer has not been caught—be careful, don’t be out alone, don’t be in that area by yourself.”

In researching this case, it has been made abundantly clear that investigators have little to no information. Ella was reportedly found in the early morning hours when there was not much foot traffic, and because she did not keep close company with friends, finding people she may have had regular interaction with at the time has proven difficult. Additionally, Ella Crawley did not have a cellphone nor was she on social media, so piecing together a timeline or paper trail is nearly impossible. Authorities are truly relying on the community to come together to help solve this case because, like many other incidents such as these, someone, somewhere, knows something.

In my correspondence with Melissa, I asked her if she would like to share something about her sister; who she was as a person aside from any of the issues she may have faced. This was her response in its entirety (slightly edited for clarity):

Yes, I would like to add that my sister was a Godly lady. She loved going to  church and telling others about the Lord. She also enjoyed shopping, going out to eat, and spending time with family. Some of my fondest memories are of her and I shopping in Winston-Salem, NC. We would get lost in stores just shopping away. I was her hairdresser, she loved for me to keep her hair up and I loved doing it for her.

My sister was diagnosed with a mental disorder order at a early age and put on medication for it. She maintained on her own for years. Living by herself, paying her bills, and just living a normal life. She would always say to me that I don’t think I need this medicine, but I would encourage her to keep taking it to stay balanced. Eventually, she stopped taking her medication, therefore her mental health declined. She was admitted several times in North Carolina to the mental ward, only to be released because, as I was told, she was her own guardian. I tried to encourage her to take her medication but she was so far gone it was going to take more than just me asking her.

Winston Salem police ended up arresting her several times and you would have thought that the condition, mentally and physically, she was in, that they would have taken her to a hospital. Even going before a judge, which she had to do, it seems as if they would have court-ordered her to undergo psychiatric evaluation. But no, they just released her back to wander around until eventually, she was murdered brutally. I don’t want my sister and what was done to her to be forgotten. Not to mention the killer is still out there free to do it again.

Anyone with information about this case is urged to contact the Winston-Salem Police Department at (336) 773-7000, CrimeStoppers at (336) 727-2800 and on Facebook at Crime Stoppers of Winston-Salem Forsyth County, or their local authorities.

Please share this story about Ella Crawley to help bring justice to her case. She is our sister and her life matters.