Although Iesha Jackson has been missing since November 2020, authorities suspect that this story does not have a happy ending. The 22-year-old was reportedly last seen at her El Dorado, Arkansas home on November 4, 2020, after a family member dropped her off. Iesha was said to have been returning to her residence after taking a trip to Houston with her relative, but it is unclear exactly when she was discovered missing. Yet, it was shared that her door was cracked open and her cellphone was inside, but Iesha was gone. 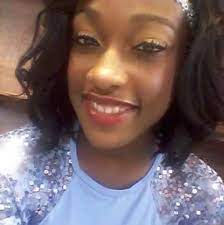 One month after she vanished, a man named Semajee Dismuke was taken into custody in connection to the case. It was reported that Dismuke and Iesha Jackson dated at one time, but only days prior to her going missing, they ended their relationship. Iesha’s grandmother, Earnestine White, told reporters that Iesha complained that her home had been broken into. Then, while she was home, two people attempted to get into her residence, once again.

“One of the suspects [Dismuke], that’s one of the guys that she identified as breaking into her home. She was already in the house when he came in there on her. She explained this to us. She told us this,” Earnestine said.

By February 2021, authorities released Dismuke after failing to file formal charges within 60 days. The 23-year-old was initially arrested on suspicion of “capital murder, kidnapping and an enhanced penalty for engaging in criminal group activity.”

“What we need at this time is for people to come forward and tell us what they know. People don’t want to get involved. People are scared of retaliation but there are people out there that have information on this case,” Captain Scott Harwell said.

“We don’t have the answers on all of the evidence at this point,” Harwell added. “In order to formally charge, you have to know that you have enough to go forward with the case. If you charge someone and they are found not guilty, they can’t be charged again. If six months down the line we got the results on the evidence that we needed, we couldn’t go back and charge him again.”

“We have a lot of work left to do. We are investigating every lead that comes forward until we can confirm that the lead is valid or not valid and exhaust the lead. We will continue to search areas that become areas of concern or possible crime scene locations. We have an extensive amount of records to review and will have to patiently wait for evidence to be processed by the crime lab.”

According to reports, relatives of Iesha Jackson took issue with investigators for not providing regular updates to the public or calling on outside resources to help search for Iesha.

“The main reason is that we have no idea where she is. If we had locked in on where she could be recovered, by all means, we would reach out for every bit of help that we could,” said Harwell. 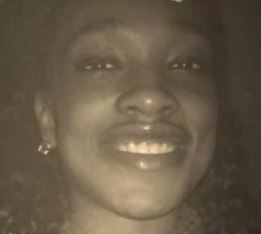 “Working in a criminal investigation, you can’t put all of your cards on the table. You can’t tell everybody what you’re doing. If everyone knows what you’re doing it would be difficult for us to prosecute a case. I wish I could because we have spent countless hours on this case as well as many others.”

Another man, Kenneth Lee, was arrested, as well. However, police don’t believe that he is connected to Iesha’s disappearance or Dismuke. Lee was taken into custody after authorities alleged that he attempted to solicit $8,000 from Iesha’s relatives for information regarding her whereabouts. In layman’s terms, he tried extorting cash by claiming he knew where Iesha Jackson was when, in reality, he didn’t have a clue.

“I don’t hear no call from her like I used to. She used to call me every day. Everyday. Every night and I don’t hear none of that. It’s sad and it’s painful,” Laquita Williams, Iesha’s mother said. “That’s my heart. It doesn’t feel good at all when your child is missing. I barely eat every day. It’s sickening.”

At the time of her disappearance, Iesha Jackson stood 4 feet 11 inches tall and weighed 135 pounds. She had black/dark brown hair (styled in long braids) and brown eyes. Iesha has tattoos on breast/chest, stomach, side or torso, and legs, and reportedly has scars on her arms and knees. What she was last seen wearing is unclear. Her middle name is “Nicole.”

Please share this story about Iesha Jackson to help bring resolution to this missing person case. She is our sister and her life matters.