Reports vary pertaining to when Sonie Toe actually went missing. The National Missing and Unidentified Persons System database shows that Sonie was last seen on the day after Christmas on December 26, 2020. However, WBTW News 13 reports that the 24-year-old’s last date of contact was days later on New Year’s Eve. Yet, what has not been disputed is that it is out of character for Sonie Toe, described as a family-oriented, exceptional student and churchgoer, to disappear without contacting her family or friends, and this mystery has been plaguing her loved ones for over two years. 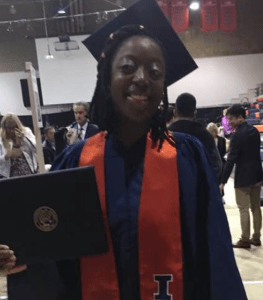 The Champaign, Illinois native reportedly moved to Lawrenceville, Georgia just a few months prior to going missing. During her short time in the Peach State, Sonie was hospitalized after reportedly being found in the back of a person’s truck, according to Ellen Brady, who along with her husband acted as Sonie’s former pastors. The police were called and they took her to a local hospital for an examination, and it was there that authorities discovered that Sonie had been in the woods for at least two days. Sonie was admitted into a psychiatric ward for evaluation and when her sister, Tina Harris, arrived to pick her up, Sonie barely recognized her.

“Something traumatic happened to her. We don’t know what it was,” Ellen to reporters. Tina added, “She was covered in mud and she was talking crazy and out of her mind… She said she wasn’t touched. She wasn’t raped, because they ran some tests on her. But she had scratches on her arm.”

Sonie reportedly took her sister to the home where she had been staying to get her personal items. A private investigator working on the case, Robin Martinelli, believes that Sonie Toe, like many other young women, has become a victim of sex trafficking. The residence where she called home may be a location where several other women were also kept.

“It seems to be people that come from a different state to here, that weren’t born and raised here and know their way around,” Martinelli said of those susceptible to trafficking. “Sonie knew the code to get into the house. Just like all the other girls did.” She added, “I promised her mother I would find her no matter where she is, what she’s doing. I hope she’s still alive.”

Sonie immediately relocated to her sister’s home, but on December 31, she reportedly left and has never been seen again. Then, almost a year to the date after his daughter went missing, Joseph Toe learned of a tip stating that Sonie was spotted in Myrtle Beach, South Carolina at a Boost Mobile store on 3rd Avenue S. He reportedly spent five days there handing out flyers and doing his best to raise awareness. Joseph claims to have spoken with four people who identified his daughter and they reportedly told him that Sonie was with two other people. 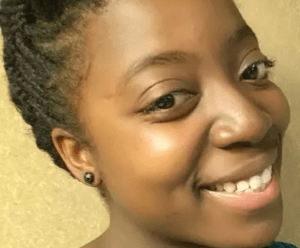 “I’m surely devastated because ‘What can I do? What can I do?’ That’s why when I got the little tip, although it was late, I said ‘I have to pursue it.’ ” he said. “If she is in Myrtle Beach, then there’s a likelihood whoever has her, or whatever is going on, is traveling with her around.” He added, “Sonie has a soft heart. She cares for everybody. She loves her family. She would do anything to help anyone.”

A GoFundMe was launched by Angelica Koniginato, a friend of Sonie’s from college, the University of Illinois Urbana-Champaign. All donations reportedly go to pay the private investigator, Robin Martinelli.

“I spoke to Robin and she told me that, once we find Sonie, she will write a check for any leftover donations to be used for Sonie’s rehabilitation,” wrote Angelica. “Robin is currently following multiple leads, I want to keep from divulging too much information on social media so we don’t risk the investigation. If this case is close to your heart and you would like an update, please contact me directly and I’ll gladly make time for you.”

At the time of her disappearance, Sonie Toe stood 5 feet 6 inches tall and weighed 160 pounds. She had black/dark brown hair and brown eyes. Sonie was last seen wearing a yellow dress.

Anyone with information about this case is urged to contact the Gwinnett County Police Department at (770) 513-5000 or their local authorities. The agency case number is 21-000097.

Please share this story about Sonie Toe to help reignite awareness of her missing person case. She is our sister and her life matters.