A teen had a life filled with possibilities before her name became the subject of a decades-long mystery. Cleashindra Hall, 18, was said to have been extremely close with her relatives and was two weeks away from graduating from Watson Chapel High School in Pine Bluff, Arkansas—and she was poised to attend Tennessee State University where she had been accepted in the pre-med program. She was ready to receive her diploma with top honors and was slated to deliver a speech at graduation, and if that wasn’t enough, Cleashindra already had an internship lined up at a Boston pediatrician’s office. The teen also had a job after school, working for a man named Dr. Larry Amos who helped with daycare centers that ran out of people’s homes.

Dr. Amos’s office was also an in-home business and Cleashindra was said to have done administrative work for him. On May 9, 1994, it seemed like any other workday for Cleashindra, and at around 8:00 p.m., she called her mother, Laurell Hall, and asked if anyone tried calling her at home. Laurell told her no, so Cleashindra said she would give her mother a call back once she clocked out after her shift ended at 8:30.

Cleashindra Hall would usually receive a ride from the doctor’s Faucett Road home office back to her residence by one of her family members. There reportedly wasn’t any mention of the teen getting a ride with anyone else, but as Laurell waited on the call, she fell asleep. When she awoke, it was 1:00 a.m. and Cleashindra hadn’t contacted her, so she phoned Dr. Amos in a panic. He claimed that the 18-year-old left sometime around 8:30 p.m. when her shift was over when her ride showed up. He reportedly said he saw her get into a vehicle, but he couldn’t describe the car or the person behind the wheel. However, Cleashindra reportedly told one of her co-workers that she was walking home. That was out of the ordinary.

“When my family gets together for Mother’s Day, we all think about her,” Laurell told Dateline in 2017. “My grandchildren will always ask, “Where is Aunt Clea? And I get tears in my eyes because I don’t know the answer.”

A call to a boy that Cleashindra liked, often referred to as her boyfriend in reports, didn’t seem to aid in solving the mystery because he claimed that he didn’t know where she was and hadn’t seen her. There was already worry, but when it was learned that Cleashindra didn’t make it to school the following day and missed band practice, it was clear that something was terribly wrong. It has been stated that the teen was not the type of person to walk away from her family or leave without notification, she didn’t have a history of running away, and she reportedly didn’t have personal belongings with her at the time including her driver’s license or purse. Even if she would stay out past her curfew, Cleashindra would still check in with her parents to make sure she had their permission. It has been stated that she had a mobile phone but it wasn’t with her when she vanished.

“Clea was so excited to go college,” said Laurell. “She was always playing with children, and it was her dream to become a pediatrician.” 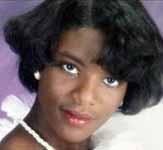 Almost exactly 24 hours after Laurell Hall spoke with her daughter on the telephone, she was calling the police to file a missing person report. However, because Cleanshindra Hall was 18-years-old, the authorities would not do anything because she was a legal adult. Cleashindra’s frightened family was forced to wait an additional 24 hours before taking their report. They created their own flyers and pounded the pavement around Pine Bluff searching for answers.

Police reportedly did question Dr. Amos and while the results of that conversation are unknown to the public, it was noted by The Charley Project that he refused to take a polygraph test. Seventeen years after she disappeared in 2011, the doctor’s home was searched when police executed a warrant. They reportedly took portions of drywall for examination, but they did not find anything that could link Dr. Amos to his former employee’s disappearance.

The boy Cleashindra was said to have liked was also interrogated by investigators and his property was searched, but there wasn’t any evidence that showed he had anything to do with the disappearance of the churchgoing, book smart teen, either. He did agree to take a polygraph test but his results were reportedly inconclusive.

Expectedly, theories about what may have happened to Cleashindra Hall have unfolded in the decades since she vanished. Some believe she walked home and was kidnapped, others think she left work with someone she knew and was harmed—but all seem to agree that the teen met with foul play.

Laurell told Dateline that she was still suspicious of Dr. Amos because immediately after Cleashindra went missing, he reportedly left town on a business trip. “I don’t think he has done enough to eliminate himself as a suspect,” she said. In another interview reported by CNN, Laurell added, “I don’t understand why police could not search the home immediately to make sure there was no sign of a struggle there. Maybe they would have found her press-on nails or hair extensions there; who knows?”

At the time of her disappearance, Cleashindra Hall stood 5 feet 8 inches tall and weighed 120 pounds. She has dark brown hair (that was reportedly up in a white ponytail holder) and brown eyes. Her nickname is “Clea” and her middle name is “Denise.” Cleashindra has a surgical scar on the outside of her right knee and one of her front teeth is slightly chipped. Both of her ears are pierced, and the Doe Network reports that her dental records and DNA are on file, however, her fingerprints are not. Cleashindra was last seen wearing a “white shirt and short set with a navy blue polka dot pattern on one side and stripes on the other side, white socks, and white athletic shoes.” She would be 45-years-old at the time of this publication.

Please share this story about Cleashindra Hall to reignite interest in her disappearance. She is our sister and her life matters.

Our Black Girls@OurBlackGirls
310 Following 1.4K Followers
RT @IHaveVanished: Where is Lovely Brooks? Foul play feared in case of missing Richmond woman https://t.co/YAv0Jkyb9E
16 hours ago
199
RT @BAM_FI: #Pittsburgh, PA: 25y/o Nia Rash is STILL missing. She was last seen at a bus stop located on Frankstown and Duff Rd, near the M…
16 hours ago
502
RT @DCPoliceDept: Brittany Kemi Abosede has been located. Thank you for your help!
2 days ago
14
Children