This is another cold case that does not seem to have much information shared publicly. Cases such as this are common as, for unknown reasons, only one or two sentences have been included in databases. News reports about Nicole Gray and her 1999 disappearance are few and of what can be found, there seems to be unclear details about what she was doing immediately prior to going missing from St. Ann, Missouri. 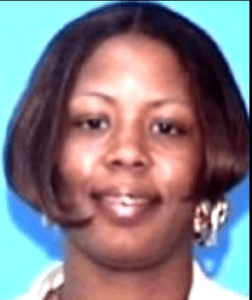 There are two stories regarding Nicole’s last movements; in one, somewhere between December 14 to 17, Nicole was seen leaving her St. Ann residence as she made her way to a Christmas party. Nicole reportedly had four small children when she vanished and the get-together was at one of the kids’ schools. In the differing account, Nicole was still seen leaving her residence, but the date was secured as December 17 and she was said to have been on her way to run errands.

It is unclear why there are discrepancies between the two versions of what happened to Nicole Gray, but she never returned home and has not been in contact with her loved ones. Any information regarding her personal life, work relationships, or if she was driving a vehicle or taking public transportation when she left home remains unknown. The status of this investigation also does not seem to have any publicized updates from law enforcement or investigative agencies.

At the time of her disappearance, Nicole Gray stood 5 feet 9 inches tall and weighed 145 pounds. She had black/dark brown hair and brown eyes. Both of her ears are pierced. Nicole has multiple tattoos: on her left arm is a dog with a cigarette; on her left ankle is a broken art; a bleeding heart on her right leg; and an unknown tattoo on her upper left arm. She was last seen wearing gray sweatpants, a sweatshirt, white Adidas sneakers, and several earrings and gold chain necklaces. She would be 52-years-old at the time of this publication.

Anyone with information about this case is urged to contact the St Ann Police Department at 314-427-8000 or their local authorities.

Terkessa Wallace & Shequenia Burnett Vanished On The Same Day In 2014

Please share this story about Nicole Gray to help raise awareness about her missing person case. She is our sister and her life matters.