In 2005, a Bronx family expanded when Laquan Gilliam showed up at their door with his one-year-old daughter, Quranah. He didn’t offer up any information about the child’s mother, Sherrie Stout, but Gilliam told his friend that he would return for his little girl in a few days and asked if they could watch her as a favor. When he didn’t show up that week, the friend continued to care for the child and without their knowledge, both Sherrie and her daughter were classified as missing persons. In 2009, the case was turned on its head when at least one part of this mystery was solved after the five-year-old girl was identified by police.

According to reports, Sherrie Stout and Quranah went missing on January 13, 2005, in Elizabeth, New Jersey. The circumstances related to the disappearance are unclear, but it was reported that the 35-year-old mother was last seen with her daughter in the early morning hours around the vicinity of the 200 block of South Street. Gilliam took Quranah to a family friend’s home and told them he needed someone to watch her for a short time, but he never came back for his daughter.

Later, Gilliam was arrested and jailed on drug charges and he didn’t say anything about where Sherrie Stout or their daughter was located. Then, in 2009, he tipped off the authorities regarding where they could find Quranah, and according to the family that had been caring for her for four and a half years, they did try to locate the little girl’s relatives. They claimed they were told that her name was “Corrona Brooks” and raised her as such, but a DNA test proved that she was little Quranah Gilliam.

“I couldn’t believe that was my sister. When I last saw her she was on the bottle and in diapers. Now she’s walking and talking like a regular kid,” Quranah’s brother, Jarell Stout, told reporters in 2009. Aunt Tamara Stout added, “We are in shock. We’re speechless almost. We’re in shock.”

The family that cared for Quranah all of those years were not charged with any crime and this case has inflicted trauma on them, as well. The little girl was reportedly removed from their care after being reunited with her relatives. They reportedly expressed that they were “very distraught” about the situation. 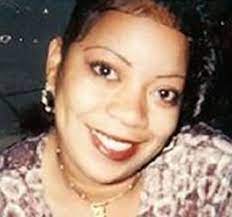 Meanwhile, Sherrie Stout remains a missing person. In 2018, a report by The Charlotte Gazette stated that the investigation led police to an area of Red Oak where Sherrie once resided.

“There was a missing woman from New Jersey back in 2005,” the Charlotte County Sheriff’s Office said in a statement at the time. “Investigators from there tracked back to a residence here in Charlotte where she used to live and the ex-husband told someone she could’ve (been) buried at that residence.” An extensive search of the location did not turn up any evidence showing that Sherrie Stout was at that location.

“Maybe my mother was out there. At least I got one back,” said Jarell all those years ago. “Now we’re working on the second one.”

At the time of her disappearance, Sherrie Stout stood 5 feet 3 inches tall and weighed 130 to 135 pounds. She had black/dark brown hair and brown eyes. Both of her ears are pierced. Sherrie would be 52-years-old at the time of this publication. Her middle name is “Lynette” and some databases and reports list the spelling of her first name as “Sherry.”

Please share this story about Sherrie Stout to help raise awareness about this missing person case. She is our sister and her life matters.