The search for a San Diego, Calif. woman continues weeks after she vanished from Houston. Felicia Johnson reportedly arrived in Texas on April 13, and a friend would later tell KHOU 11 News that Felicia was visiting the city to celebrate her birthday. However, an investigation uncovered that Felicia took an Uber to a local gentlemen’s club, Cover Girls, on April 15 in an effort to apply for a job. It was then that she was seen getting into a vehicle with a man described as a customer of the club, and since that time, no one has heard or seen the 24-year-old.

According to reports, once Felicia Johnson, an aspiring model and dancer, was turned down for a position at the club, she called for an Uber ride home. When the driver was running late, she decided to accept an invitation for a ride from an unknown man. Felicia’s loved ones have continued to gather together in San Diego, but it has been difficult keeping up with the investigation considering she vanished 1,500 miles away from home. The Houston Police Department has been assisted by the FBI in the investigation.

“I just saw her on the 8th. She told me she was going to Houston for her birthday. I did her nails,” her anonymous friend told reporters. “She was, like, ‘I’ll catch you in a few weeks.’ Low and behold, I opened my Facebook a day or two after and see that she’s missing. I just talked to her.”

According to CNN, the leader of the New Black Panther Nation in Houston, Quanell X, has been assisting the family in the search for Felicia. Relatives have also hired a private investigator who reportedly located her mobile phone covered in specks of blood on the side of the road on Eldridge Parkway near Bear Creek Park. Felicia’s belongings were also located in her hotel room and all items have been turned over to the authorities. 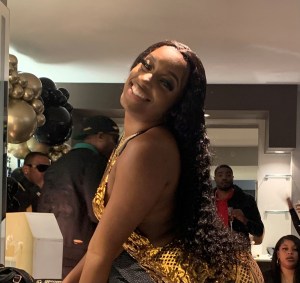 Kevin Johnson, Felicia’s father, has made repeated, impassioned pleas for his daughter’s return. Like X, Johnson believes his daughter is being held against her will and may have been trafficked. Volunteers from Texas EqquSearch have searched extensively where the young woman’s cell phone was discovered, but there haven’t been any leads or evidence recovered.

“Find it in your heart to have some compassion for human life,” said Johnson. “I’m trying to hold myself together and stand strong for the family and for you. And I won’t rest for a day in my life until I have you back. It’s a tragedy that you’ve been caught up in this.” In another interview, Johnson questioned why more activists in Houston weren’t trying to help in search efforts. “I want to close with a message to BLM Houston, where you at? Like, I’ve been here two weeks, like you have zero presence, like, reach out to me.” 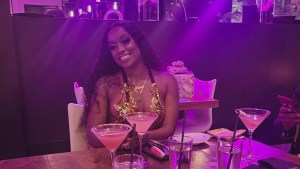 It has been reported that Crime Stoppers of Houston is now offering a $5,000 reward for information.

“We know somebody out there knows something,” said Andy Kahan, director of victim services and advocacy at Crime Stoppers of Houston. “You don’t just disappear without someone noticing something. We know where her cellphone was found, we know what happened when she left the club, we know she got into a car. We have all that, we just need someone to step up to the plate and do the right thing and contact Crime Stoppers. We are not going to allow young women to disappear without the answers.”

However, according to ABC 10 News San Diego, Casey Wallace, the attorney for Cover Girls nightclub, stated that they have turned over their video surveillance to the authorities and there is nothing to suggest that Felicia Johnson ever stepped foot inside of the venue on the day she reportedly went missing.

“The very day they requested it, they got it,” said Wallace. “What I can tell you, we do not have any evidence that this woman was either in the club, or that she applied for a job, or that she left with somebody.” Wallace added that there was footage of a woman being turned down for a position on a different day, and that information has also been given to the authorities. “She asked for a job, was respectfully declined, turned around, and left. We gave that to the Houston Police Department.”

If you would like to help the family financially as they continue to pay for traveling and search efforts, please consider donating to their official GoFundMe page HERE.

At the time of her disappearance, Felicia Johnson stood 5 feet 4 inches tall and weighed 150 pounds. She had long black hair (it may be curly or straight) and brown eyes. Felicia is described as being “Black/Black-Hispanic.” She reportedly has several tattoos: a large butterfly and two roses on her right shoulder. It is unknown what Felicia was last seen wearing.

Please share this story about Felicia Johnson to help raise awareness about her case and to bring her home. She is our sister and her life matters.

Gina Ellison, 22: Disappeared During Her Routine Evening Jog In 1990