Last year marked 20 years since Marilyn McCown, affectionately known as “Niqui,” disappeared from Richmond, Indiana. The 28-year-old’s daughter, Payton, was just nine-years-old at the time and although it has been decades since Marilyn vanished, her relatives have remained vigilant. According to reports, Marilyn McCown was going about her normal routine when she went to Richmond Coin Laundry on July 22, 2001. Her sister, Tamie Hughes, told Pal Item that Marilyn always used the same two machines that were positioned right next to the front door. The area allows for Tamie to be able to see the laundromat from her home, and usually, Marilyn would visit the laundromat with another family member. However, that day, she went alone because Tamie was out at a movie. 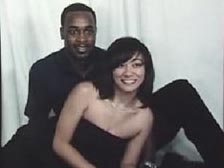 Marilyn McCown stopped by to see her parents and then went on her way to pick up her finished laundry. What happened to her after that remains unknown because Marilyn has never been seen or heard from since that time. Adding to the mystery was that Marilyn’s clean laundry was later recovered inside of her fiancé Bobby Webster’s vehicle on November 3. The car was located in a Dayton, Ohio apartment’s parking lot and was reportedly the vehicle that Marilyn was driving when she went missing. The location was about an hour from where Marilyn was last seen.

The state of the GMC truck was in disarray; it was suspected that the vehicle had been at that location for weeks, at least, and Marilyn’s laundry was described as being “neatly folded.” However, the car’s ignition was hot-wired, a window was punched out, and the stereo was gone. Police believed that locating the truck would offer definitive clues as to what happened to Marilyn, but instead, they were at another brick wall.

Police Sergeant Bradley Berner said, “The clothes looked like they had come just from the laundromat. They were neatly folded and did not have the appearance that someone had gone through any of the items.”

It was said to have been Bobby who contacted the authorities to report his fiancée missing. “Filling out all the information on that missing person’s report was very difficult. You never really think in your wildest imagination you’ll be in such a situation until it really happens. It was very confusing,” he reportedly stated. It is common in cases such as this for the partners of victims or missing persons to become persons of interest, and Bobby Webster found himself being investigated by the authorities.

Unsolved Mysteries reported that soon after Marilyn McCown disappeared, Webster canceled their wedding, demanded refunds from the venue, and wanted the money returned for the rings. He claimed that his focus was on finding Marilyn and not continuing wedding planning, but police asked him to come in for a polygraph test. Police claimed that Webster initially refused the test, but eventually acquiesced.

“One of the questions that was asked to Mr. Webster was, ‘Did you have anything to do with the disappearance of Niqui McCown?’” recalled Sergeant Berner. “He says, ‘No,’ and the needle about jumped off the chart. So not only did he fail, he failed miserably.”

Webster reportedly denied the allegations and would go on to say that he nor his legal representatives ever received notice or results from that test.

Another twist in this investigation is that one of Marilyn’s exes reportedly lived at the apartment complex with Webster’s vehicle was located. That man was said to have been questioned, investigated, and given a polygraph test that he passed. He also had a “solid alibi.” Yet, phone records did place Marilyn McCown about a mile away from when the vehicle she was driving was found. Reports stated that she called a friend, they spoke about beauty products, and then the friend gave her recommendations as to where she could locate those items in the area. This revelation expanded the investigation because there was the belief that Marilyn may have been kidnapped from the laundromat, but now that she was placed in Ohio, police were also concerned that something may have occurred there.

Now, Marilyn’s daughter Payton Lackings has children of her own and she would like to find some form of resolution. 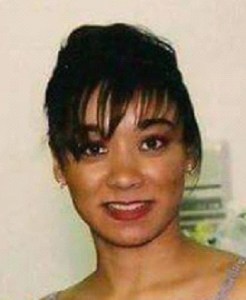 “Twenty years is a long time without knowing, and that’s what’s the worst, the not knowing,” she told reporters last year. “We don’t know what happened. We don’t know anything really.” When her mother went missing, Payton was sent to live with her grandmother, Marilyn’s mother, Barbara Lackings. Sadly, in 2020, Barbara passed away. Payton added, “Losing her was very, very hard on me. She was my best friend. I miss her every day, just like I miss my mom every day.”

“My grandma had to be laid to rest without knowing what happened to her daughter, and I made her a promise that I would do everything I could to bring those answers home,” Payton said. “I just hope that maybe somebody somewhere will think that maybe 20 years is long enough to hold onto those secrets and give us the answers we’re looking for.” She wasn’t able to participate in the search for her mother when she was a child, but Payton is ready to spark a fire in the investigation.

“What I want to do is I want to get back out there,” she said. “I want to start doing footwork again. I want to post the flyers. I want to go around, and I want to go back and look at the case and see where we missed. Even when we find answers, it’s going to be something that we’ve got to live with the rest of our lives, but the closure I think would help us out a lot.”

Former Trotwood police officer Tommy Swint was also named as a person of interest in this case, but I was unable to locate details regarding why investigators believed he may have been involved. Swint reportedly worked as an officer for less than two months before being forced to resign after being named in the case of Marilyn McCown.

Meanwhile, in 2010, Swint was indicted on charges related to the 1991 murder of 33-year-old Tina Marie Ivery. It was on December 17 of that year when tree-trimmers came across Tina’s partially nude remains inside of a trash pile in Dayton. A crime lab ran DNA testing and linked Swint to the murder that he was accused of “purposefully [causing].” It was determined that Tina had been strangled, wrapped in trash bags and a quilt, and discarded in the pile of trash and brush. She had last been seen on December 14, 1991.

Swint was living in Phenix City, Alabama when officers approached him home to arrest him in 2010. It had been just about an hour since the indictment was announced, and as authorities stood outside of Swint’s residence, they heard a single gunshot ring out. The 43-year-old shot himself in the head and died with whatever secrets he may have been carrying all of these years. He was working as a security guard at the time of his death.

Reports stated that when previously questioned about Marilyn McCown, Swint denied any involvement.

At the time of her disappearance, Marilyn McCown stood 5 feet 2 inches tall and weighed 115 pounds. She had brown/light brown hair and brown eyes. Marilyn had a small scar on the right side of her face and a small scar over her left eye. She was last seen wearing a hot pink and purple flowered swimsuit top, dark-colored shorts, a white gold bracelet, and diamond earrings. Her nickname is “Niqui” and her middle name is “Renee Nicole.” The Doe Network reports that her DNA, fingerprints, and dental records are not on file.

Anyone with information about this case is urged to contact the Richmond Police Department at (765) 983-7247 or their local authorities. The agency case number is 2001-215798

Please share this story about Marilyn McCown to help reignite interest in her missing person case. She is our sister and her life matters.

Jennifer Joyce Barton, 20: Was Last Seen Getting Into a Van In 1976

Roxann Ellison Vanished From Arizona In 2006