Sadly, police have stated that they believe little Daphne Webb is no longer alive. This tragic story began back in 2013 with a father who alerted the authorities after he claimed his one-year-old daughter had been abducted. Police in Oakland, California received a call from John “Anthony” Webb, a distraught father who claimed that he was with his mother, who had dementia, and his daughter, Daphne Webb, at Gazzali’s Supermarket on July 10. He said he stopped off at the store to buy a beverage so he left his mother and daughter in the vehicle, but when he returned, Daphne couldn’t be found. 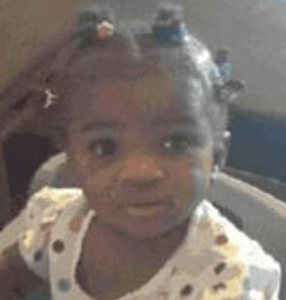 The little girl was reportedly sitting in the rear passenger seat prior to the incident, and when police spoke with witnesses, they came up with a potential suspect. According to those reports, a woman who was either Black, Hispanic, or Latino, was seen leaving the area with a child that fit Daphne’s description, but no one actually saw the alleged abduction. It is unclear if the woman was ever found and questioned, but it’s reported that a search did not turn up evidence that could help in locating Daphne Webb.

John was interviewed by investigators and was arrested on suspicion of child endangerment. Authorities believed it was irresponsible for Daphne to be left in the care of her grandmother who was living with a disability. The father was seen as a person of interest, however, it is reported that the district attorney refused to press formal charges. In May 2014, John took his own life by overdosing on prescription medication. He was reportedly found by his adult daughter and did not leave a suicide note.

“He was the last person who was with her so obviously he would know of her whereabouts,” Daphne’s great-aunt, Roslyn Robinson reportedly told The Mercury News. “At this point, we have closure on him but not on her.”

Daphne lived with her father and grandmother at the time she went missing. Her mother, Kiana, resided at a treatment facility and was questioned by authorities, but it was later ruled that she did not have anything to do with her daughter’s disappearance. She and John were still married when he passed. The status of the investigation remains unclear, but it seems as if investigators have come to a decision regarding what happened to Daphne Webb.

“We believe there are events that will help us come to some conclusion,” Alameda County District Attorney Nancy O’Malley suggested to local reporters years ago. “I don’t believe (Webb’s) death put an end to the case. I believe his death is a factor, but (the investigation) didn’t stop with his death.”

At the time of her disappearance, Daphne Webb stood 2 feet tall and weighed 30 pounds. She had brown hair and brown eyes. Daphne was last seen wearing orange pajamas and pink socks. She would be 10 years old at the time of this publication. There is said to be a reward offered for information regarding this case.

Anyone with information about this case is urged to contact the Oakland Police Department at (510) 777-3333 or their local authorities. The agency case number is 13-035011.

Please share this story about Daphne Webb to help reignite interest in her missing person case. She is our sister and her life matters.