There are a number of rumors about Jennifer Joyce “J.J.” Barton. In 1976, the 20-year-old was a high school dropout with a string of prostitution arrests on her record. There was talk that she had stolen from drug dealers in her area of Austin, Texas, and in February of that year, a friend of hers was murdered. Soon after, someone broke into her apartment. Was someone trying to deliver a warning?

On May 16, 1976, Jennifer and a friend went to see a movie at the theater. After the movie was over, the two were spotted walking in the area of 11th St. and Waller Street with an unknown male. The very last time anyone saw Jennifer, she was leaving a bar in that same area and getting into a tan or brown van with California license plates. Two men, described as African-American, were inside of the vehicle.

Around that same time, police were also investigating the disappearances of two other women, Debra Stewart and Brenda Moore. Investigators believe that all three of these cases are connected, considering Brenda disappeared a week prior to Jennifer, and days later Brenda’s car was found abandoned at the same place where Debra’s vehicle was later located with the keys still inside. However, there is no concrete evidence that any of these cases are linked.

Police spoke to friends and family members of Jennifer who stated that the young woman did make comments suggesting that she wanted to move to Southern California, but when they searched for her in Los Angeles and surrounding areas, they didn’t come up with any leads. Jennifer is considered an endangered missing person and foul play is suspected in her case.

At the time of her disappearance, Jennifer was around 5’7″ tall and approximately 130 pounds. She had light and medium brown hair with brown eyes. She had freckles on her cheeks, a small mole on the top left of her upper lip, and a scar on the calf of her right leg. She was last seen wearing a burgundy bodysuit, blue jeans, and sandals.

Anyone with information is urged to contact the Austin Police Department at (512) 974-5210.

Please share this story about Jennifer Joyce Barton’s to spark the conversation about her 30-year-old missing person case. She is our sister and her life matters. 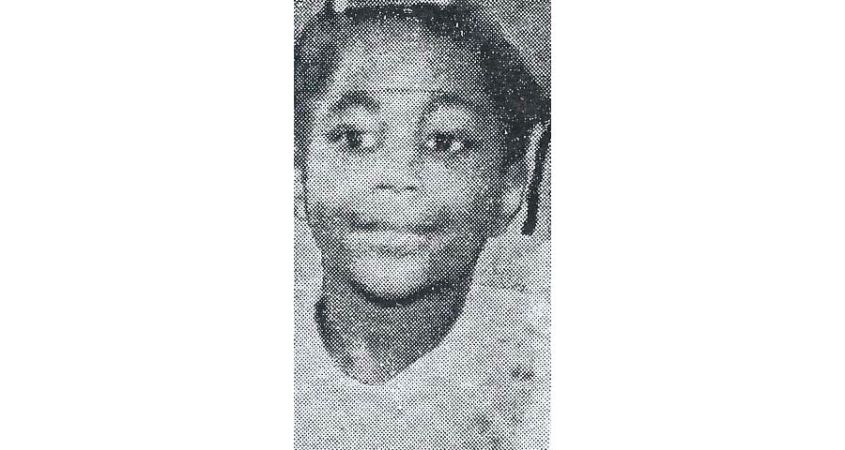 This unsolved mystery has baffled investigators for 60 years.

On November 21, 1958, just a little over an hour away from Detroit, Michigan where my grandparents were celebrating the birth of my mother, another girl, seven-year-old Adele Marie Wells in Flint, was told to stay home from school because she was sick. Adele was one of nine children in the home, so her parents ran a bustling household. The Jefferson Elementary School student did her best to stay put, but in the afternoon Adele decided to head over to school to finish out the second half of the day. She first made a stop at her grandmother’s house which was just a few blocks away from her school. After her social call, Adele left her grandmother’s to walk the rest of her journey to Jefferson Elementary, but she never arrived at her destination.

Adele has never been seen or heard from again.

During the initial investigation, police spoke to reliable witnesses who all said they saw a girl between the ages of eight and 10-years-old being carried away and placed into a black Chevrolet. They described the suspect as being a black man with a light complexion wearing a gray coat and red socks. He has never been identified, but investigators don’t even know if this man is even related to Adele’s disappearance. Yet, other children who attended Adele’s school told police that there was a man that drove a black Chevrolet who, days before Adele went missing, tried luring them inside of his vehicle.

At the time of her disappearance and possible kidnapping, Adele was 3’6″ tall and weighed 45 – 60 pounds. She had black hair (with bangs) and brown eyes. She was described as having a small and skinny stature.

Anyone with information regarding this 60-year-old case is urged to contact the Flint Police Department at (810) 237-6945.

Please share this Adele Marie Wells’s decades-old case to reignite the conversation about this young girl’s disappearance. She is our sister and her life matters.

The family of Michelle Evette Albert not only doesn’t have answers regarding the missing woman’s whereabouts, but her case hasn’t gained any media attention, whatsoever. The only information made available is that the 32-year-old was last seen in Houston, Texas on October 1, 2015. Soon after she disappeared, Michelle’s loved ones tried reaching out to her, but she hasn’t been seen or heard from since.

At the time of her disappearance, Michelle was 5’4″ tall and weighed approximately 145 pounds. She has brown hair, brown eyes, and a beauty mark on her upper left cheekbone below her eye. She also has a dark discoloration of pigment across her forehead (about 1/2 inch) and a pox mark on the upper right side of her forehead. Her ears are described as being small, possibly her right smaller than her left.  Very few details have been made available in her case. Michelle is known to wear blue or gray contacts.

Anyone with information is urged to contact the Texas Department of Public Safety at 800-346-3243.

Please share this story about Michelle Evette Albert to ignite the conversation about the mystery surrounding her disappearance. She is our sister and her life matters.

Beyoncé’s Ivy Park Collection Sold Out In One Day

NEW ALBUM: Eminem — “Music To Be Murdered By”