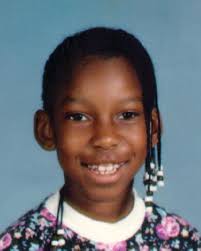 Shirley Harmon was worried. Her 10-year-old daughter, Shakeima Ann Cabbagestalk, didn’t come home, so she called her mother, Clara Cabbagestalk, to check if the young girl had spent the night at her grandmother’s house. When Clara told her no, Shirley contacted the authorities. According to Clara, the last time she saw Shakeima was on July 22, 1993, playing in her front yard. Clara would later testify that when she looked outside to check on Shakeima, her granddaughter was gone. END_OF_DOCUMENT_TOKEN_TO_BE_REPLACED

It was a grisly scene at the home of Quintina Jefferies in early December 2019. According to a report by WSJM,  Quintina and her boyfriend, Samuel Brown, were moving into a home together in Benton Harbor, Michigan on Sunday, December 8. Sometime before noon, 29-year-old Quintina was shot four times, including one fatal hit to the head. END_OF_DOCUMENT_TOKEN_TO_BE_REPLACED

Arguments between roommates aren’t uncommon. However, when one person storms out and is never seen again, it’s certainly a cause for alarm. On October 10, 2017, it’s reported that 38-year-old Dennaia Kimberly Gillespie got into a verbal argument with her roommate. According to NamUs, the mother left her daughter at her Marietta, Georgia home with her roommate and left the location. END_OF_DOCUMENT_TOKEN_TO_BE_REPLACED

Beyoncé’s Ivy Park Collection Sold Out In One Day

NEW ALBUM: Eminem — “Music To Be Murdered By”