Home » Priti Ashley Porter, 22: Vanished From Room In The Middle Of The Night

On the evening of April 19, 2009, a Gastonia, North Carolina family went to bed without a care in the world. According to Tanya Davis, there was nothing to suggest that the following day, her life would be turned upside down. It was then that Tanya went to check on her 22-year-old daughter, Priti Ashley Porter, who went by her middle name, but the door was locked. There weren’t any responses when she knocked, and when the door was finally opened, Tanya was met with a puzzling scene.

To begin, a window screen was removed, suggesting that someone may have entered or left the home through it. The Gaston Gazette reported that Ashley’s personal belongings were still in her room, including her cell phone, money, and purse. It was speculated that she left of her own accord and didn’t call to let anyone know where she was. Tanya would later tell reporters that Ashley was a young lady who wasn’t known for bad behavior and was respectful of the rules she enforced at home, so this was out of the ordinary.

“That’s the worst thing anybody wants to do is lose their child,” said Tanya. “It’s just one thing you don’t want to do… I could be a good friend but there’s a respect that I’m her mother. If she drank, she did that somewhere else. If she smoked, she did it somewhere else. She didn’t do that around me.” 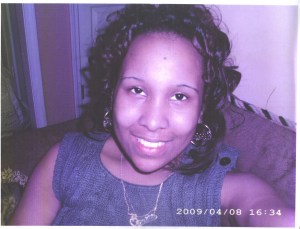 Because of the way her room was left, investigators listed her case as “not a crime – missing person.” As time went by and there wasn’t anything to suggest that Ashley walked away from her life, Gastonia police finally admitted that they believe she may have met with foul play. On the day before she was discovered missing, it was learned that in the morning hours, the family went to church together and went about their business before reuniting for dinner in the evening. Ashley was said to have visited a neighbor for a short while and by 10:00 p.m., she told her family she was off to bed. What happened after that remains a mystery.

Ashley’s younger brother, Charles McKinney, stated that he holds out hope that Ashley Porter is somewhere in the world, still alive. “I don’t want to think somebody did something to her. I miss her. I love her.”

After graduating high school in 2007, Ashley worked manufacturing jobs to make ends meet. It was unclear if she was dating someone, but Tanya did tell reporters about an ex-boyfriend who was a nuisance. She alleged that he was abusive toward Ashley, so much so that he wasn’t allowed at their home. He hasn’t been named in reports and it is unclear if he, or anyone else, remains a person of interest.

“It kinda makes you think,” said the concerned mother. “Was it somebody who was not comfortable with knocking at my door, ringing my doorbell, that they would go to the window to get her attention instead of coming to the door? It’s not normal, no, for her to go out the window. But with the knowledge that I didn’t want this person around, they must not have felt comfortable enough to knock on the door.”

“We just want to know something,” she added. “If she’s no longer with us in the world I want a place I’ll be able to go and visit her and have a proper place for her to be.”

At the time of her disappearance, Priti Ashley Porter stood 5 feet 3 inches tall and weighed 140 to 150 pounds. She had black/dark brown hair and brown eyes. She was known to wear prescription glasses but she did not have them with her. Both ears are pierced and she had a mole in the middle of her forehead. Ashley was said to have had a tattoo on her backside, but it is unclear what it may have been. What she was last wearing is speculative: possibly a black shirt with the words “Put A Ring On It,” jeans, gray sneakers, a gold necklace with a “Priti” charm, and/or a gold necklace with a heart pendant.

Anyone with information about this case is urged to contact the Gastonia Police Department at (704) 866-6702 or their local authorities. The agency case number is 2009-32846.

Please share this story about Priti Ashley Porter to help reignite interest in her missing person case. She is our sister and her life matters.