Agencies may not agree on the exact date Lora Lyann Stubbs went missing, but everyone accepts that her case is a mystery. The Cincinnati, Ohio resident lived on Brewster Avenue back in 1996. The last time anyone saw Lora Lyann Stubbs was when she was near the intersection of Gilbert Avenue and McMillian Street on June 9, according to The Charley Project. It was then that Lora gave her parents a call. They lived about 40 minutes away in Hamilton, Ohio, and Lora Lyann Stubbs let them know that she wanted to visit them because she was feeling unwell.

The 25-year-old was living in an apartment with her boyfriend at the time. She told her parents that she planned on going out to get some food before returning to her apartment, and she asked her parents to swing by to pick her up. When they arrived at Lora’s home, she was nowhere to be found. Lora Lyann Stubbs has never been seen or heard from again. 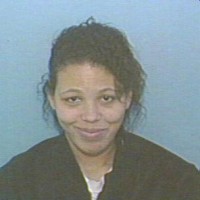 Investigators reportedly claim there are not many clues to help locate Lora. She did leave a son behind, but she’d voluntarily surrendered parental rights of the boy to her mother. Also, her social security number has not been used since she was last seen. Lora Lyann Stubbs does have a history of drug abuse but it’s reported that by the time disappeared, she was in recovery.

At the time of her disappearance, Lora Stubbs was described as being biracial (black and white), 5 feet 4 inches tall, and 130 pounds. She had brown hair and brown eyes. Lora has a scar on her left eyebrow and a small rose tattoo on her left breast. “Her teeth are straight and she has several fillings in her back molars. Some accounts spell her middle name ‘Lynn,'” adds TCP.

Anyone with information is urged to contact the Cincinnati Police Department at (513) 352-3542 or their local authorities.

Please share this story about Lora Lyann Stubbs to reignite the investigation into her disappearance. She is our sister and her life matters.

Creola Courtney Jones Was Last Seen Being Dropped Off At Airport